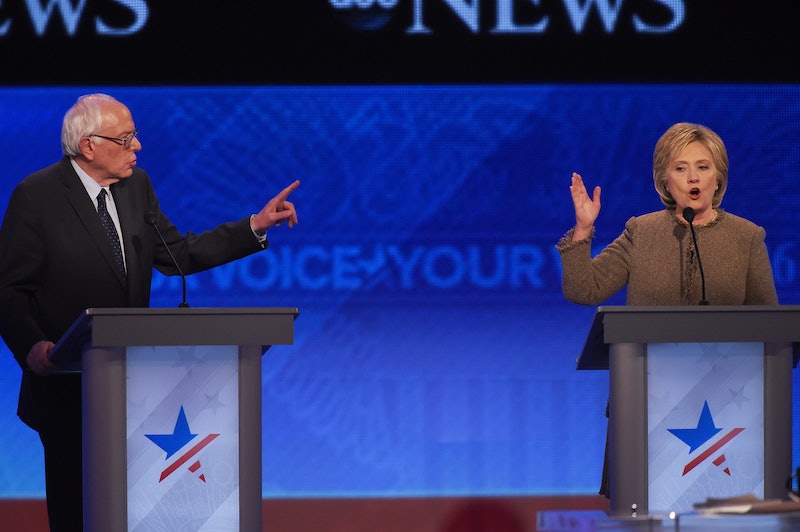 If there's one major takeaway I've learned in my four years as a parent, it's that children are far more perceptive than we tend to give them credit for — and a new video of what kids think about the presidential candidates (including the adorable-slash-brilliant 12-year-old self-proclaimed future president, Yusuf Dayur) bears testament to just how aware children are of the issues affecting them.

As part of a public service announcement created in collaboration with ScienceDebate.org, a group of children made a spot-on observation about the presidential candidates: They aren't discussing science. And since science and/or technology informs virtually everything these days, shouldn't that be a subject at the top of every candidate's platform points? Because as 13-year-old Susanlyn Singroy notes, "If they talk about the big science issues, maybe they'll actually do something about them."

The implications of science are far-reaching — spanning the spectrum from economic to moral — which makes you wonder why presidential candidates discussing science in the public forum isn't the standard as opposed to the exception. It's a narrative that, according to ScienceDebate.org's petition page, is imperative, "given the many urgent scientific and technological challenges facing America and the rest of the world, the increasing need for accurate scientific information in political decision making, and the vital role scientific innovation plays in spurring economic growth and competitiveness."

So, you may be asking, what do kids really know about any of this anyway? A lot, as it turns out. Kudos to us for raising children who are socio-conscious and outspoken, because the children in this pressing video bring up matters that affect them directly and the nation as a whole. Check out six prime examples here, and then catch the full clip after the jump.

No wonder kids are worried — you can't shake a stick these days without hitting a headline about the ill affects of global warming. Methane emissions in the Arctic cold season are higher than ever. The world's lakes are rapidly warming, threatening entire ecosystems. And considering a historic climate agreement was just adopted in December 2015 at the COP21 summit in Paris, you would think the presidential candidates would definitely be devoting more time to discussing climate change and plans for addressing it.

While most of us take access to safe and healthy drinking water for granted, the reality is that many parts of the world must still boil their water before drinking it — and that could become a reality in the United States if measures are not put into place to minimize the negative impact of threats such as pesticides and chemical fertilizers, pollution, and run-off.

As measles spread last year and the debate around the rights regarding vaccinations and children heated up, many political candidates clearly couldn't decide which side of the fence to sit on. In the nearly year since, remarkably little time has been devoted to the topic, despite the fact that public interest has only piqued more.

If you still think robots in jobs is only a concept materialized in movies, think again — robosourcing as a viable option is gaining momentum, and robots could actually be coming to the workforce in the near future. Because this is a notion that has largely been dismissed in the greater narrative as fodder for science fiction, little is known about how artificially intelligent laborers could affect "knowledge workers," aka humans. Regardless of how fanciful this concept may seem, it could come to fruition over the next five years ... so it would certainly be nice to know where the political candidates stand on it prior to their election.

Did you know that last year more than 40 percent of honeybee hives died? It's the second-highest annual loss ever recorded, and it could have catastrophic implications on agriculture and the economy. What are the presidential candidates doing to combat the problem? How much is being spent on researching ways to protect existing hives or produce alternatives? Perhaps these kids should be given the opportunity to call the politicos out on this during the GOP debate.

The legalization of marijuana was a hallmark moment in the country's history, but there's nothing to say the person elected president won't revert to the taxing paramilitary-style approach to drugs marked by raids and harsh sentences for nonviolent and first-time drug offenders. Where do the candidates stand on a health-based approach to drug control? What are their plans for combating serious drug threats, such as the rise of domestic cartels?

Watch the PSA below and, afterwards, join the cause by submitting your own question.