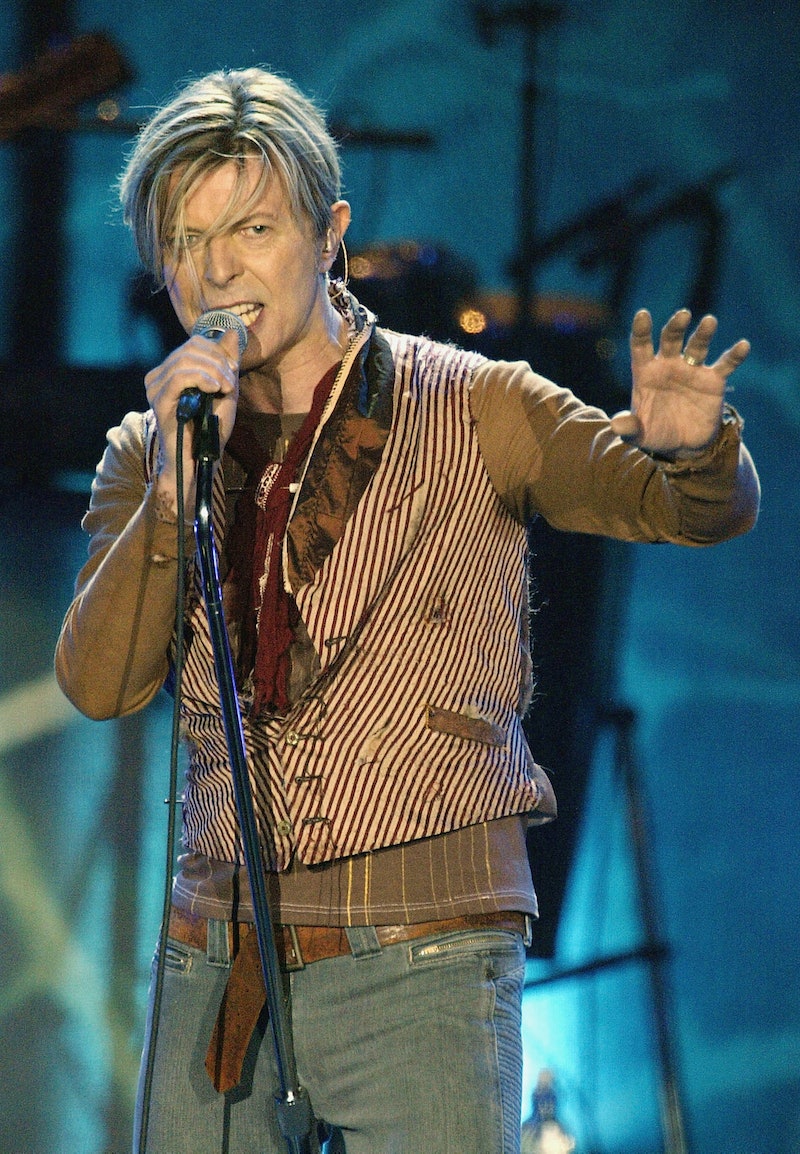 A January 21st Newsweek exclusive revealed that a posthumous David Bowie memoir probably won't hit store shelves, namely because such a book does not exist. Planet Earth is blue today, folks, and the world is falling down.

In the mid-1970s, wunderkind journalist Cameron Crowe published excerpts from Bowie's autobiography. At the time, Crowe admitted that he never expected Bowie to actually publish the book: "Despite David’s enthusiasm, one suspects it may never outlast his abbreviated attention span." Now, nearly 40 years later, an anonymous source has told Newsweek that there is no memoir, so it's fair to say that Crowe called this one.

There is some good news, of course. The artist's producer, Tony Visconti, says Bowie intended to release a follow-up to Blackstar , his celebrated farewell album. Visconti told Rolling Stone that Bowie called him "[a]bout a week before his death ... and told him he wanted to make one more album," for which he "wrote and demo-ed five fresh songs."

Five new songs, folks. There's no word yet on when they'll be released, but — if all the songs Bowie allegedly left unreleased and scattered across the decades are real — we'll probably see a posthumous album in the future.

One final note on the David Bowie memoir-that-isn't. Although his attention span might have gotten the better of him, Bowie knew his memoirs would be a hit. From the Crowe piece:

I’ve decided to write my autobiography as a way of life. It may be a series of books. I’m so incredibly methodical that I would be able to categorize each section and make it a bleedin’ encyclopedia. You know what I mean? David Bowie as the microcosm of all matter.

More like this
16 Novels That Paint A Realistic Portrait Of Abortion
By K.W. Colyard
At 28, Minnie Driver’s Personal Life Was “Falling Apart”
By Kate Dwyer
Graham Norton’s 10 Best Eurovision Zingers Will Leave You Howling
By El Hunt
Thank U, Ex
By Rosemary Donahue
Get Even More From Bustle — Sign Up For The Newsletter