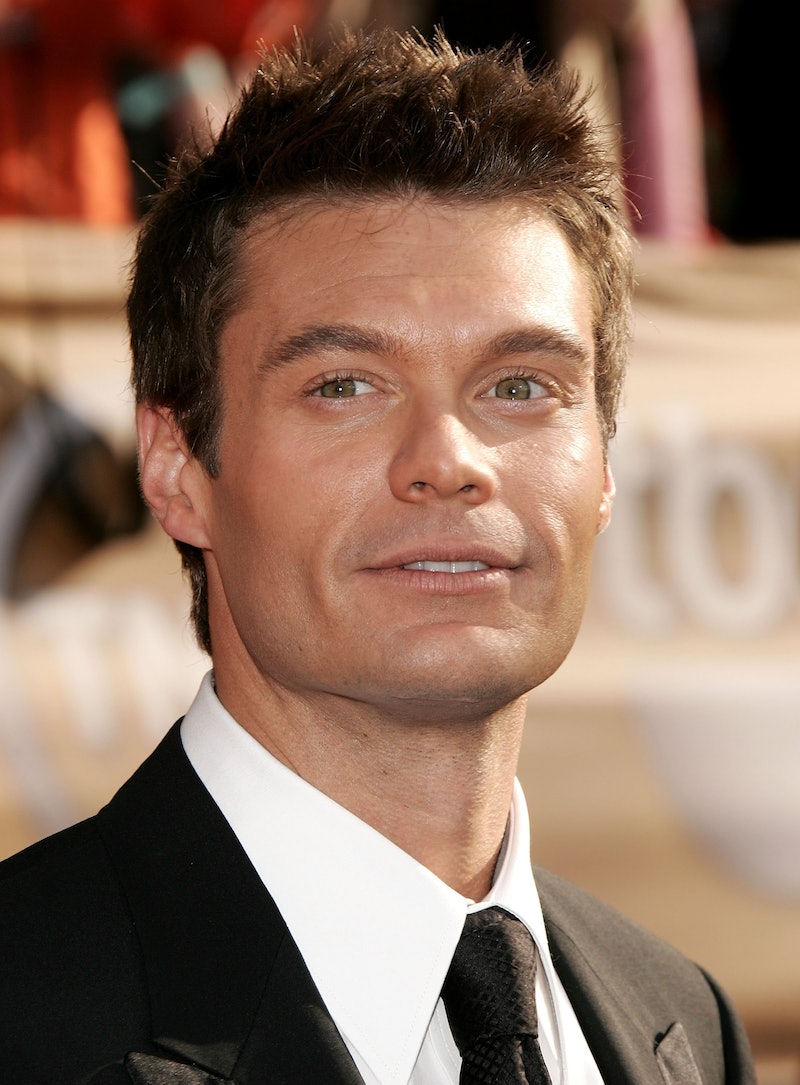 The Screen Actor's Guild Awards is all about the best and brightest in Hollywood supporting and honoring their peers, but there's one familiar face you won't see Saturday night. Why isn't Ryan Seacrest at the 2016 SAG Awards on the E! Red Carpet coverage? This is the fourth year in a row that he's been MIA — I think it's time to accept that the Screen Actor's Guild Awards are not Seacrest's jam anymore.

Giuliana Rancic is instead joined by Brad Goreski and Zuri Hall, who are doing a fabulous job with E!'s Fashion Police, but if there's something about that signature Seacrest charm that you're missing, I think you have to give up the ghost for this event.

Where is he? He's not hosting American Top 40 this weekend either according to Twitter, so something is definitely up. Maybe he's hanging out with Zayn Malik some more. Maybe he's working on something for his show On Air or American Idol or some early bird prep work for the Summer Olympics. Who knows with Seacrest, honestly.

Maybe he's taking a well-deserved break from the carpet, or work in general! Hopefully, we can see him chatting up the stars at the Academy Awards in February. Until then, let's embrace the new as we get ready for the Screen Actor's Guild Awards!

More like this
What Is Ariana Grande's Net Worth? When It Comes To Money, She Has No “Problem”
By Hugh McIntyre
Howard Stern's Net Worth: Is He The Richest Man In Radio?
By Hugh McIntyre
Anya Taylor-Joy Might Be Engaged To Her Musician Beau
By Jack Irvin and Sophie McEvoy
Daryl McCormack On His Unusual First Audition With Emma Thompson
By Olivia-Anne Cleary
Get Even More From Bustle — Sign Up For The Newsletter