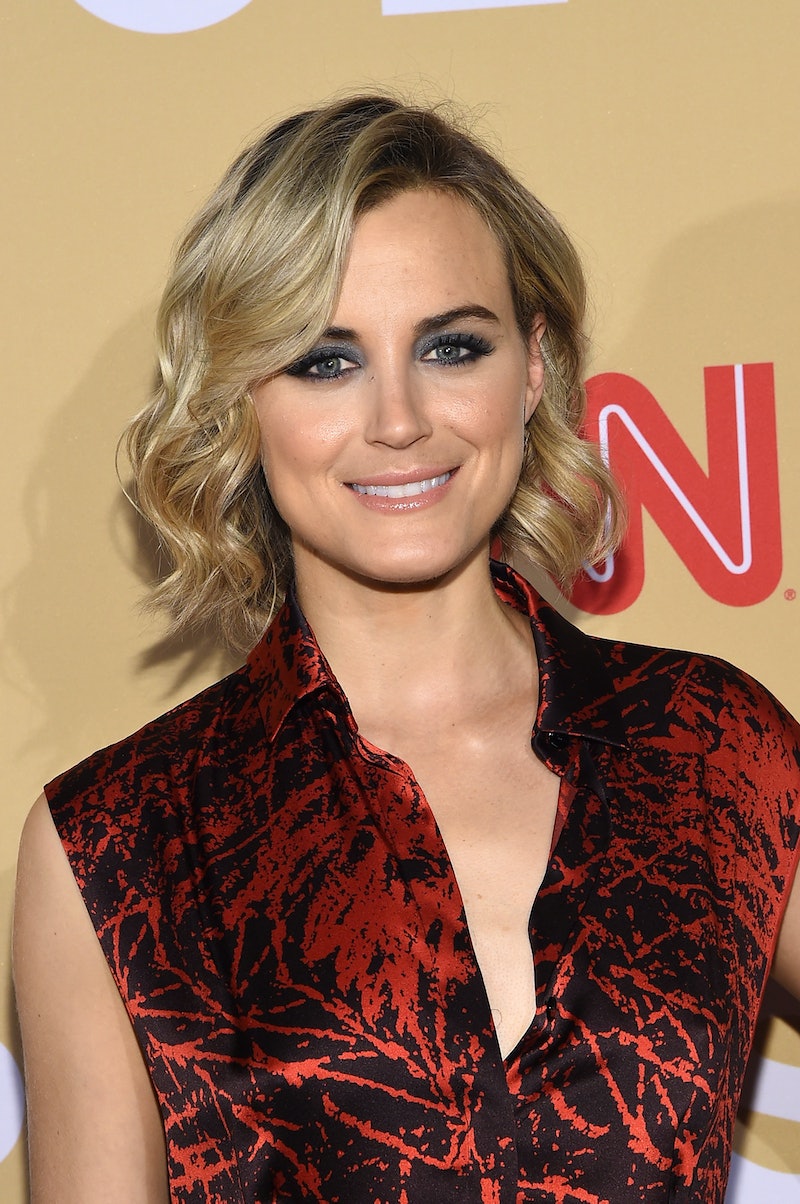 Fans of Orange is the New Black were thrilled when the show brought home two major awards the 2016 Screen Actors Guild Awards. First, Uzo Aduba won Outstanding Actress in a Comedy Series, and minutes later the cast won big in the Outstanding Performance by an Ensemble in a Comedy Series category. But, when they took the stage to accept the award, a key cast member was conspicuously absent. So, why wasn't Taylor Schilling at the SAG Awards? Although no reason was given, Schilling's absence has become a trend — she didn't attend the ceremony last year, either.

According to IMDb, Schilling has one project in the works — a sci-fi film called The Titan, which will release later this year. Still, it seems unlikely that The Titan is the reason for her absence. As we heard during red carpet interviews, many of the evening's attendees are currently filming other projects and took a short break to attend the ceremony. It's not entirely surprising that she didn't attend the SAG Awards, though — she was Orange is the New Black's clear lead for Seasons 1 and 2, but showrunners changed up the formula in Season 3 and took some of the focus off Piper's character. Now that her role isn't as pivotal, Schilling is probably focusing on other potential projects.

Regardless of the reason for her absence, Schilling was missed by her fans — many of whom still view her as the show's star.

Congratulations to the entire cast of Orange is the New Black, including Schilling. The Season 3 change-up was amazing and everyone on the show contributed to this well-deserved win.

More like this
What’s New On Netflix: 'Stranger Things' & 'Mean Girls'
By Arya Roshanian
Here’s Everything Coming To & Leaving Netflix In July
By Grace Wehniainen
What’s New On Netflix: The Return Of 'The Umbrella Academy'
By Arya Roshanian
12 Documentaries & Films About Cults From Netflix UK To Hook You From Start To Finish
By Kay Leong
Get Even More From Bustle — Sign Up For The Newsletter