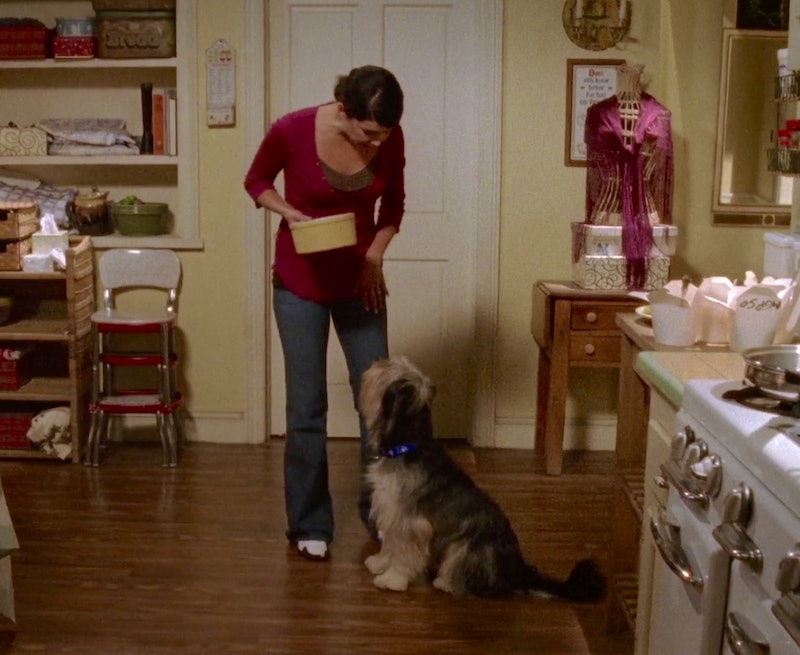 Listen up, Gilmore Girls fans, because the best casting news about the Netflix revival just hit the Interwebs — and trust me when I say it’s HUGE. Like four paws huge. TVLine has officially confirmed that Lorelai’s dog, Paul Anka, is returning for the Gilmore Girls revival series on Netflix.

There are a couple of reasons why this is so huge. For one, the revival series reportedly takes place in the present day, eight years after the series originally left off. That means that Paul Anka would be pretty ancient for a dog. Like, 120 years in dog years, according to TVLine's calculations. Dealing with an aging dog is definitely going to make for one sad storyline in the revival.

And then there's the fact that Paul Anka came into Lorelai's life to keep her company during Rory's absence in the sixth season. Remember that storied series of events? So the idea of Lorelai's canine sidekick still being around leaves me wondering if there is still some sort of rift between Lorelai and Rory, eight years later. I mean, one does not necessarily signal the other, but Paul Anka's presence might just mean that Lorelai still has need for companionship.

The plot line would make for an interesting story, because drama between Lorelai and Rory could make for higher stakes than audiences originally anticipated from the revival. Call me crazy, but I'm starting to assemble the various casting announcements and am putting together a very dramatic picture in my head. Paul Anka as Lorelai's sidekick? All three of Rory's love interests back in town?

This revival sounds like it's shaping up to be way more dramatic than any of us could have ever hoped for.