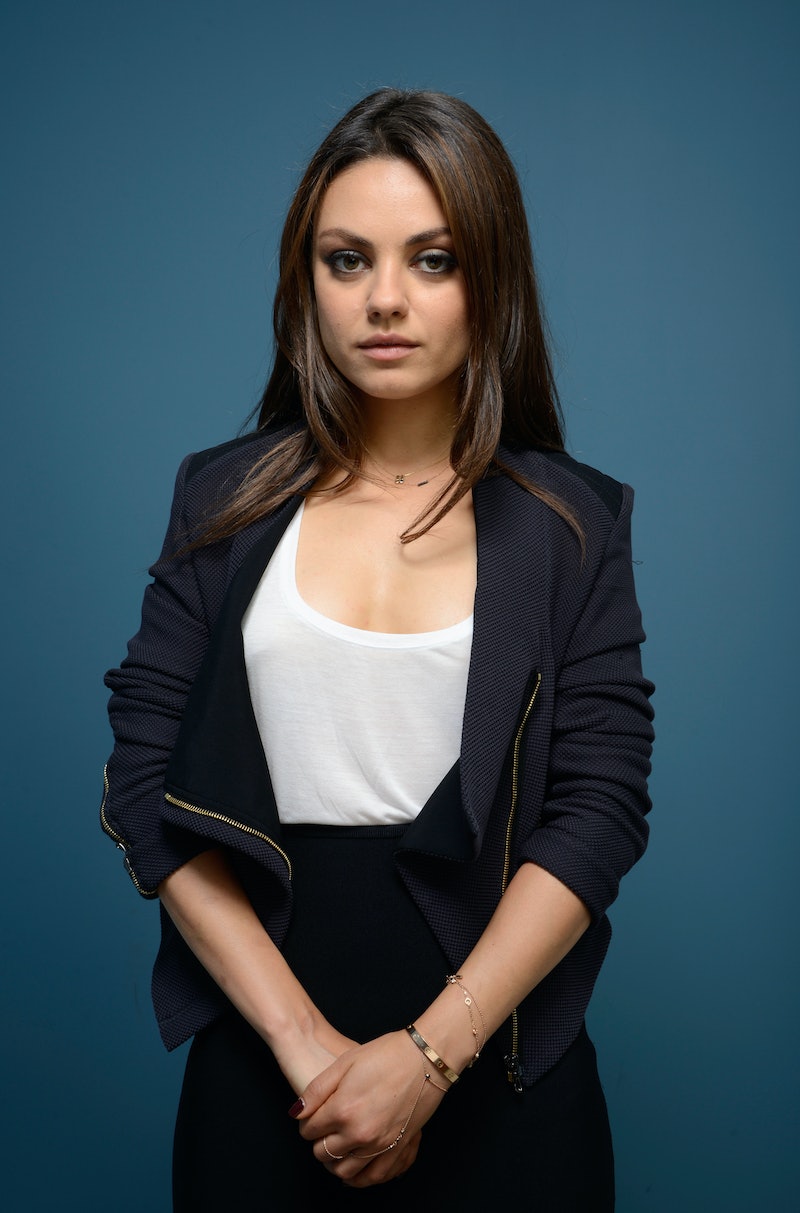 When Mila Kunis graced the cover of GQ in 2011, I be like dang girl, because I not so secretly have a mega girl crush on the Friends With Benefits actress. Now, amidst her work on Family Guy voicing Meg Griffin (ugh, I love her) and with movies like Jupiter Ascending and Hell & Back waiting for their big screen debuts, the actress has another job up her sleeve, because Mila Kunis is new face of Jim Beam.

I’m not saying this as a college student who may or may not rage on the weekends and I’m not some stalker with a “Mila Kunis Shrine” under my bed, but Kentucky bourbon and Kunis make an excellent combination.

The announcement of the actress’s affiliation with the company has already appeared on the Jim Beam website and a video of her taking a tour at the Jim Beam American Stillhouse: Kentucky Distillery is up and probably my new favorite video. “You ready to drink a little bourbon?” Fred Noe, the current president, asks Kunis, to which she responds with an “Are you crazy?” look and “Oh, yes, I’m ready.”

“I’m sure she’ll be in awe of some of the stuff she’ll see over the next couple of days,” Noe, the son of Noe Booker and grandson of Jim Beam, states during the video. “And hell who knows? She may teach me a thing or two, we’ll see.”

Yeah man, like how awesome she is. Noe also shows Kunis how to “nose” the bourbon and teaches her about a tasting technique called the Kentucky chew, having her chew on it because “different parts of your mouth pick up different flavors,” according to Noe. Kunis doing the Kentucky chew is like watching a chipmunk meets quokka meets slow loris drink alcohol, and it’s the cutest thing ever. Just watch the video already.