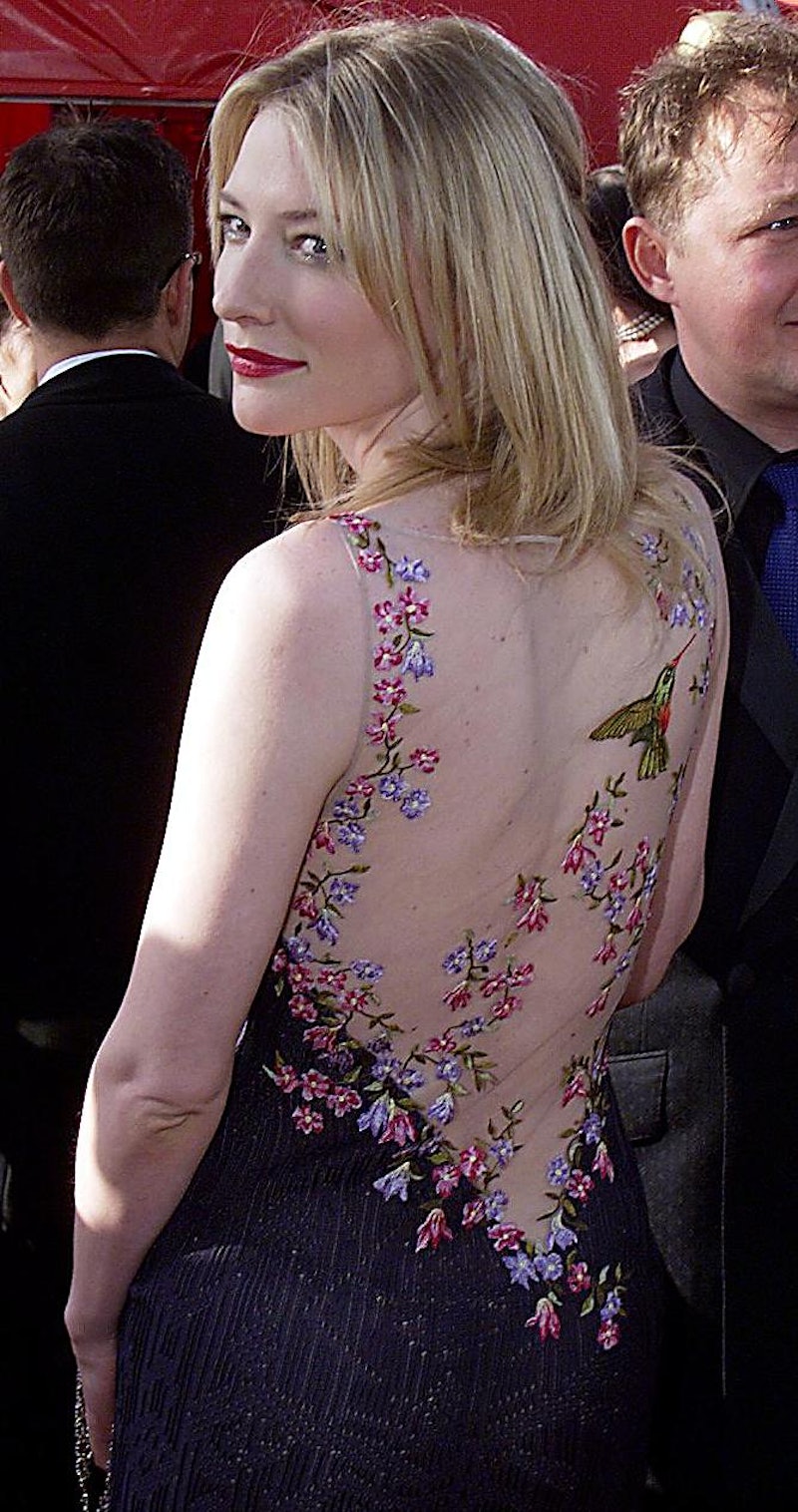 Many celebrities, I imagine, probably look back on their very first award show appearance and cringe at their questionable fashion choices, but this Academy Award-winning actress is definitely not one of them. Cate Blanchett's first-ever Oscars dress was everything our '90s dreams are made of, and it was totally fab. Very few starlets consistently slay the style game the way that Blanchett does, and it appears she has been ruling the fashion world since her very first Oscars red carpet.

The 46-year-old received her first Oscar nomination back in 1999 for her role as Queen Elizabeth in the film Elizabeth, so of course she wore a dress that totally fit her on-screen royal persona. Blanchett opted for the sultry route, donning a black figure-hugging John Galliano gown that was kind of sheer, flaunting her svelte figure. The sweetest part of the dress, though, was the back, which was covered in colorful butterfly and floral embroidery — does it get anymore '90s than butterflies? I don't think so. She even rocked some of those sparkly beaded bracelets that pretty much defined my childhood. Gosh I love the '90s.

The actress has grown into a poised and sophisticated style icon, but I personally prefer her sexy '90s alter ego. Take a look.

I still don't have a clue what she will stun us with at this year's Oscars, but I'm sure it will be drop dead gorgeous.

More like this
Remember When Benedict Cumberbatch Announced His Engagement In A Newspaper Ad?
By Hugh McIntyre
Tom Cruise Gives His Honest Review Of Lady Gaga’s New Song For 'Top Gun: Maverick'
By Hugh McIntyre
Machine Gun Kelly Wore A $30K Diamond Mani To The BBMAs
By Paris Giles
How To Master Baby Braids, According To TikTok
By Tomi Otekunrin
Get Even More From Bustle — Sign Up For The Newsletter