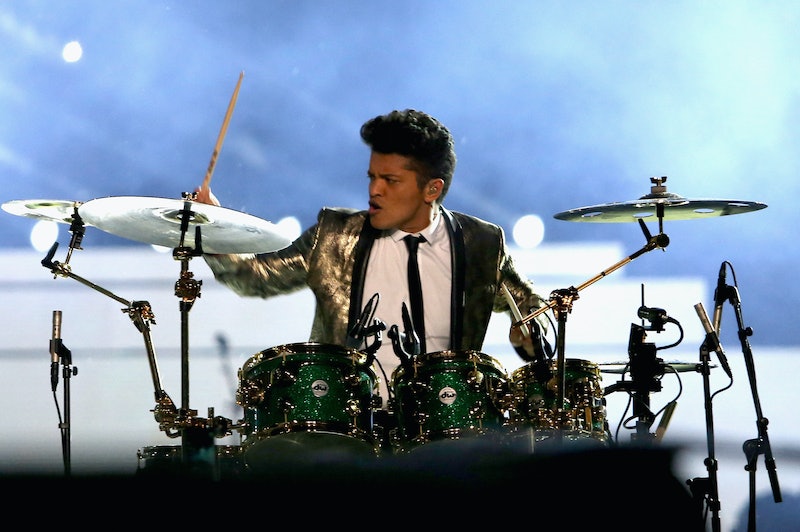 Nothing says Super Bowl halftime show quite like scarred children, right? Ten years ago it was Janet Jackson's nipple slip, in 2012 it was MIA flipping the bird, and now it's Bruno Mars starting his set with a lovely children's choir before rolling into "Locked Out of Heaven" which is all about his sex life. The children's choir started the halftime show off by singing Mars' hit song "Billionaire" accompanied by Bruno Mars himself on drums. One Twitter user called Mars out for allowing the choir to sing "Billionaire" saying, "the juxtaposition between the frivolous wealth of the song and the innocence of the children's choir is priceless."

But what really caused a Twitter uproar was the song Mars sang next. After the choir-and-drum bit, he then transitioned into his Grammy-nominated number "Locked Out of Heaven" of which the primary lyric is "'Cause your sex takes me to paradise." Definitely the most appropriate warm-up for that song was innocent children, and people on Twitter noted as such focusing on the use of a group of singing children as a transition into a very raunchy song. "The prelude to his song about sex was a children's choir....” One Twitter user wrote. That response was not the only one, as soon a flood of comments about the set schedule descended upon the social networking site. Some of the responses can be seen below: