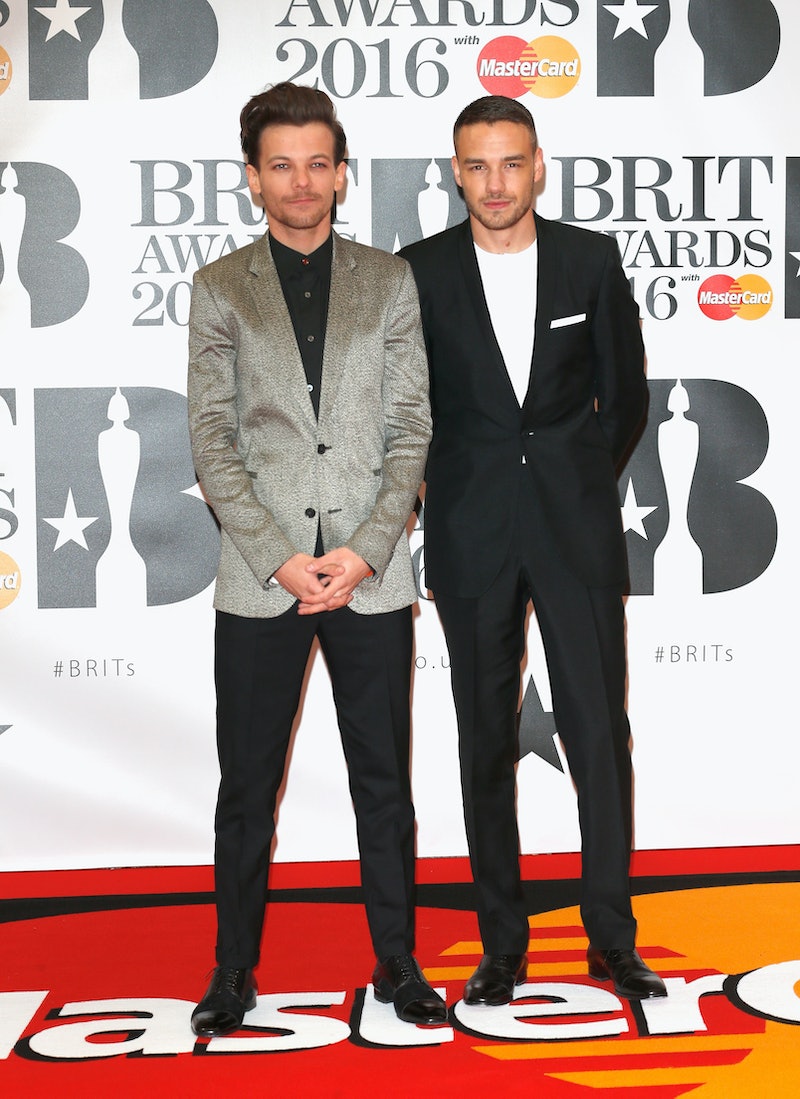 It has been a tough past year for One Direction fans, with the exit of Zayn Malik to start his solo career and of course, the announcement of the band's hiatus. Directioners (myself included) have been steadfast in their support of the boys while the remaining members are sprinkled all over the globe. Speaking of being all over the place, Liam Payne and Louis Tomlinson showed up as a duo at the 2016 Brit awards, and while many fans were upset that Harry Styles and Niall Horan didn't bother to make an appearance, LiLo made the most of the situation and were adorable as ever on the Brits red carpet.

I take their appearance together as a sweet gift to the devoted 1D fans, who were probably hoping to see all of the remaining four back together again. Sure, they're on a hiatus and are free to do what they wish, but it would have been a really sweet nod to have them back together and supporting their fellow artists. Wasn't Harry Styles spotted in London? Where are you, Niall?

Instead, I will focus on the two One Direction members who made it and who were absolutely charming on the red carpet. Hiatus or not, it's clear that Tomlinson and Payne are still great friends and have a lot of respect for the fans who were anxiously awaiting them. And clearly, fans had many emotions about what was happening and were not afraid to voice them on social media:

It has been tough being a One Direction fan, but it's refreshing to see some of the members continue to support the band and their fans in a public scope, who made them the phenomenon they are today.

More like this
Stormi Just Walked A Red Carpet With Mommy Kylie Jenner & Daddy Travis Scott
By Hugh McIntyre
Is Megan Fox Pregnant? MGK Gave A Shout-Out To Their “Unborn Child” Onstage
By Hugh McIntyre
Britney Spears Set A Wedding Date With Fiancé Sam Asghari & Previewed Her Dress
By Bustle Editors
The 1st Photo Of Priyanka & Nick's' Baby Comes After 100 Days In The Hospital
By Jake Viswanath and Hugh McIntyre
Get Even More From Bustle — Sign Up For The Newsletter