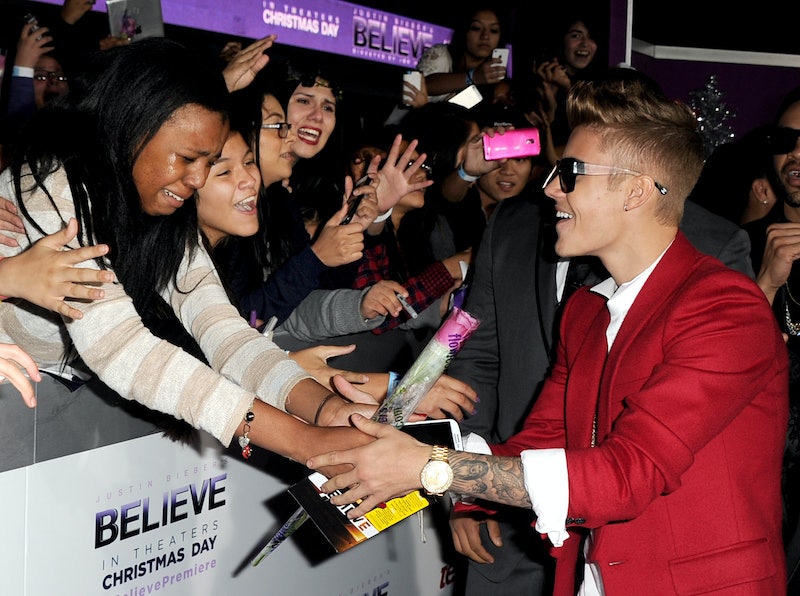 Just a disclaimer: if you're eating now, you may want to finish before you keep reading, in fear that you may start gagging. I didn't want to think this was even possible, but now, it could be. Justin Bieber has been on a bad-boy streak for the entirety of 2014, and visited strip clubs in January and the end of 2013. After two arrests, a possible egging felony under his belt, and a picture of him biting a stripper's nipple, one would assume that Bieber is no angel when he's at a strip club. Now, he may have a videotape situation on his hands. On Monday, Radar Online reported that Justin Bieber has a sex tape from a strip club that was recorded in Australia.

The 12-minute tape is from a surveillance video inside a Queensland strip club, and Justin is reportedly spanking the bare backsides of two topless strippers while pulling their underwear off with his teeth. The "Confident" singer was in Australia last year for the last leg of his Believe tour.

The outlet reports that Bieber is wearing his signature baseball cap on backwards while he's being filmed in "compromising positions," while a security guard stands nearby. The video is allegedly being shopped around now.

Ugh. If this rumor is true, this is a new low, even for Bieber. I think that 2014 will be the year that seals his fate, because two arrests and one possible felony at the age of 19-years-old is no joke, and now that a reported sex tape has been thrown into the mix, that may be the nail in the coffin of being able to turn his reputation around. All Bieber is right now is a blatantly self-destructive and lost kid in need of guidance, and someone to tell him not to skateboard at clubs or go to strip clubs — and no amount of praising his Beliebers is going to help.