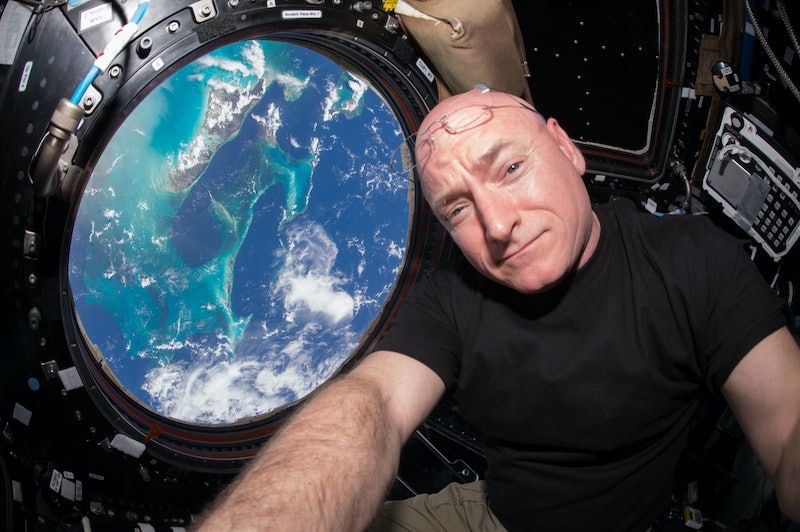 Good news,:NASA astronaut Scott Kelly is returning from space after a record-setting 340-day journey. The bad news is the 2016 presidential election update he's coming back to after having lived under a rock (or comet, asteroid, meteoroid, etc.) for the last year: Donald Trump has won five states on Super Tuesday 2016 so far. On Tuesday, he won Alabama, Massachusetts, Tennessee, Georgia, and Virginia in the GOP primaries. Oklahoma and Texas went to Ted Cruz. Update: Late Tuesday, Kelly landed on Earth.

I know, I know what the heck? How did all of this happen? Kelly, after he picks his jaw off the earth's soil at approximately 11:27 p.m. ET, may feel like heading right back to space, and honestly, not many people would blame him. So what does this all mean? Are we doomed? He is certainly racking up the Super Tuesday wins, but Trump needs 1155 delegates in order to be the GOP nominee, which is a lot. And, according to the New York Times, Donald Trump’s team expects at least 245 delegates tonight. After all, the race does have five other candidates, so the votes will likely be split. And that fact that Ted Cruz won his home state of Texas, is huge in more ways than one.

Here's how he documented his last day in space.

Here's a cheat sheet to how the WTF wins went down on Super Tuesday, the worst day on earth:

And it's not the only bad news he's coming back to on election day, this awful thing happened too:

Sorry, Kelly. This wasn't the welcome home any of us would've expected a year ago either.