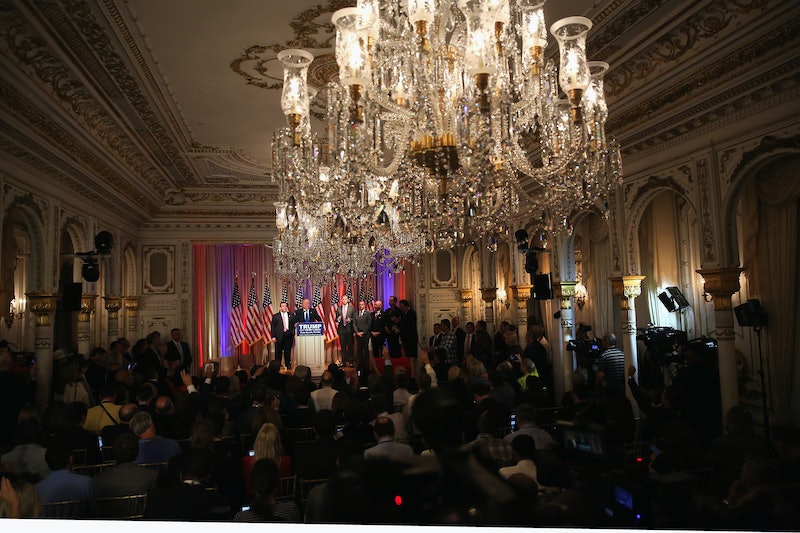 Twitter users didn't hold back as they criticized the republican candidate for such ridiculously expensive (and massive) light fixtures that also kind of sum it all up. They guessed it cost more than his haircut and even pointed out the contrast to the crowd of supporters behind Hillary Clinton's conference podium.

And after he took his place under an enormous crystal chandelier at the podium, where he was introduced by an unenthused Chris Christie, (who recently endorsed Trump but is maybe regretting it as evidenced by his facial expressions) it's clear Trump is feeling all sorts of victorious on Super Tuesday. Prior to the speech, Trump won five states in the GOP primaries — Georgia, Virginia, Alabama, Tennessee and Massachusetts. During his speech Trump said:

This has been an amazing evening already. We have won five major states and it looks like we could win six, seven, eight nine. It's really pretty great. I want to congratulate Ted [Cruz] on the winning of Texas. He worked hard on it. I know how hard he worked, so I congratulate Ted Cruz on that. It was an excellent win.

While these wins are certainly unsettling, Twitter had a lot of funny things to say about the in-your-face chandeliers that speak the truth:

Putting it into perspective: