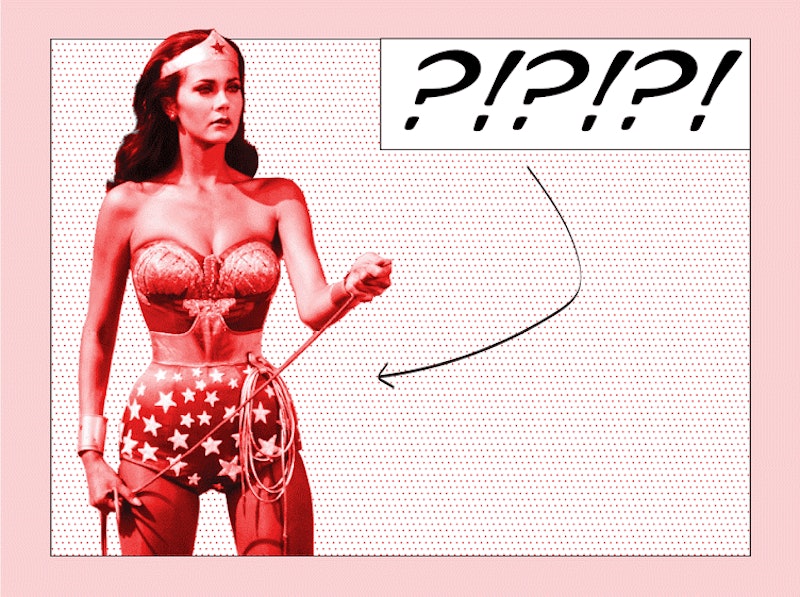 Being a female superhero movie fan isn't the easiest thing to be in pop culture. Being a feminist superhero movie fan is even more difficult. Even though it's widely known that women make up a fair amount of the audiences for superhero movies, anything comic book-related is still considered to be a boys club. Superhero movies are overwhelmingly marketed towards men, something made painfully obvious at the start of the newest comic movie hit, Deadpool. "You're probably thinking, 'My boyfriend said this was a superhero movie, but that guy in the suit just turned that other guy into a f**king kebab,'" Deadpool tells the audience after killing a bad guy in the opening scene. Um, really? Nobody thought that a woman might take herself to see Deadpool without being dragged there by a man?

Dealing with people who think women only like superheroes because of their boyfriends is just one of these nine things every female superhero fan understands. There's also the extreme lack of female superheroes, both in the films themselves and in the merchandising, the sexist jokes and costumes. That said, being a female superhero fan isn't all bad. Heroes like Black Widow, Negasonic Teenage Warhead and Wonder Woman are slowly changing the tide, and there's no denying that superhero movies are, overall, pretty damn entertaining. After all, comic book movies have provided countless fun moments, classic romances, gif-worthy friendships, and so much more.

But for all you female superhero fans out there, you've definitely experienced the downside of loving these films, outlined below.