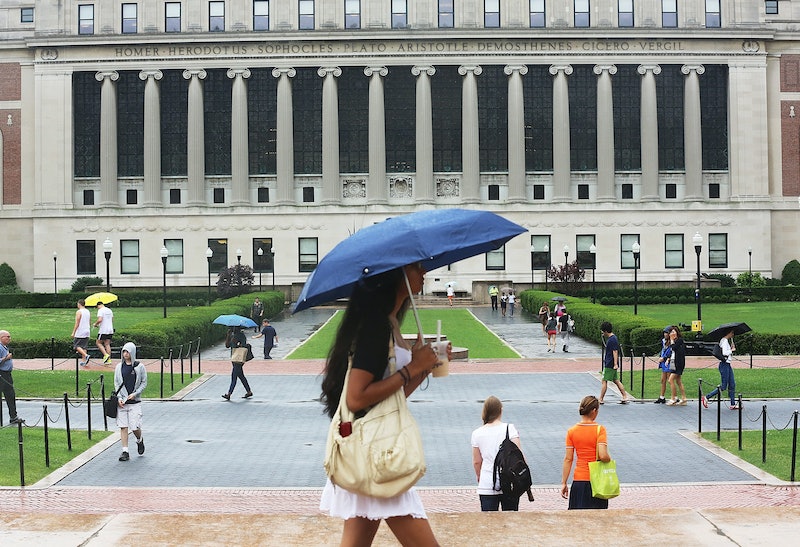 If there was ever a time to use the phrase "I can't even...", it's with this silly new video "Initiation," which the New York Daily News described as topless women filming a "feminist secret society" in the Columbia University library. It's performance art-y in the way one expects in college black-box theaters and Bushwick basements, brought to the Internet by Purple magazine. It is supposed to make a statement about "female desire."

"Initiation" was directed by "It model" and photographer Coco Young and popular "Slutever" blogger and Vogue columnist Karley Scioritino (I guess this is why we're all paying attention). The Purple blurb says it "explores the rituals of American Ivy League secret societies, to the point of hysteria, highlighting our culture's perception of female desire." I am not sure what that means. Do people think women at Columbia and Harvard partake in secret society sex rituals? Is the bad lighting and editing intentional? So many questions, so few answers here.