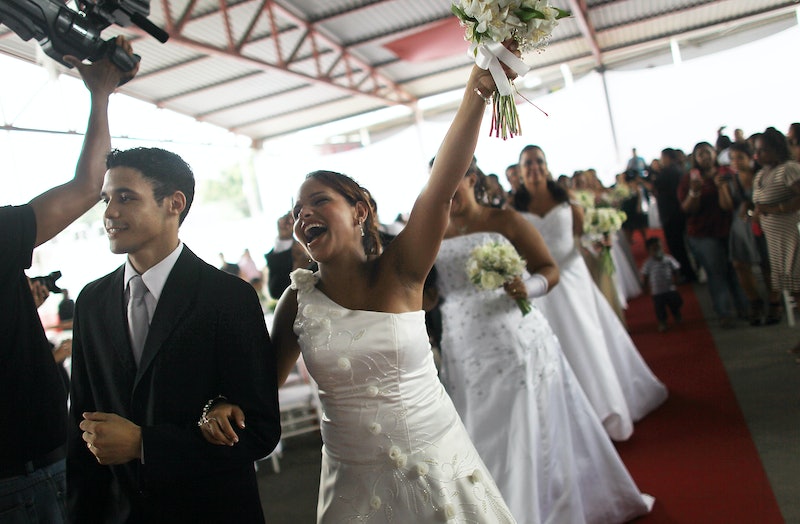 The New York Times Magazine is trolling us again, with a cover story this week that asks provocatively: "Does a more equal marriage mean less sex?" There's been no shortage of evidence linking greater gender equality with higher sexual and relationship satisfaction. Has there been some new finding, a surprising shift among feminist-minded couples toward crappier sex lives? Nope. It seems our evidence comes mostly from the dinner party chatter in writer Lori Gottlieb's social circles, along with anecdotes from her couples therapy clients.

Gottlieb suggests married couples who share housework and child care, communicate openly, and make room for dual careers are damning themselves to less-than-stimulating sex lives. "The very qualities that lead to greater emotional satisfaction in peer marriages may be having an unexpectedly negative impact on these couples’ sex lives," she writes. But in challenging assumptions about egalitarian marriages and relationships, Gottlieb's evidence just doesn't add up.

She cites a 2013 study called “Egalitarianism, Housework and Sexual Frequency in Marriage,” which found that in marriages where men did certain kinds of chores (laundry, cooking, vacuuming), couples had sex 1.5 fewer times per month than couples with less chore neutrality. Wives also reported less sexual satisfaction. The data, however, was from the 1990s. And as Gottlieb herself notes, "correlation doesn't establish causation, and ... there's always a risk of reporting bias and selective sampling." The types of women in more equal relationships may be less shy about admitting to sexual dissatisfaction. Or they may, as marriage historian Stephanie Coontz points out, be more likely to come into marriage "with sexual histories and experiences on par with men’s, leading to expectations that are difficult to replicate in any marriage, especially now that people live longer and will be having sex, presumably with the same person, for decades more."

There's also the fact — as one Gottlieb dinner party companion notes — that men who do an equal share of housework and childcare wind up with too tired for sex at the end of the day sometimes too. While that sucks, the alternative is what — he saves his vigor to pound his tired, overworked wife at the end of the night? How fun for her!

Gottlieb admits that "being stuck with all the chores" rarely puts wives in the mood, then complains that introducing equal division of chores doesn't magically revive libido in long-married couples. Well, OK. Married couples in general tend, over time, to have sex less frequently, etc. But nothing seems to indicate that this is equality's fault. Here's a brief sampling of reactions from folks on Twitter: