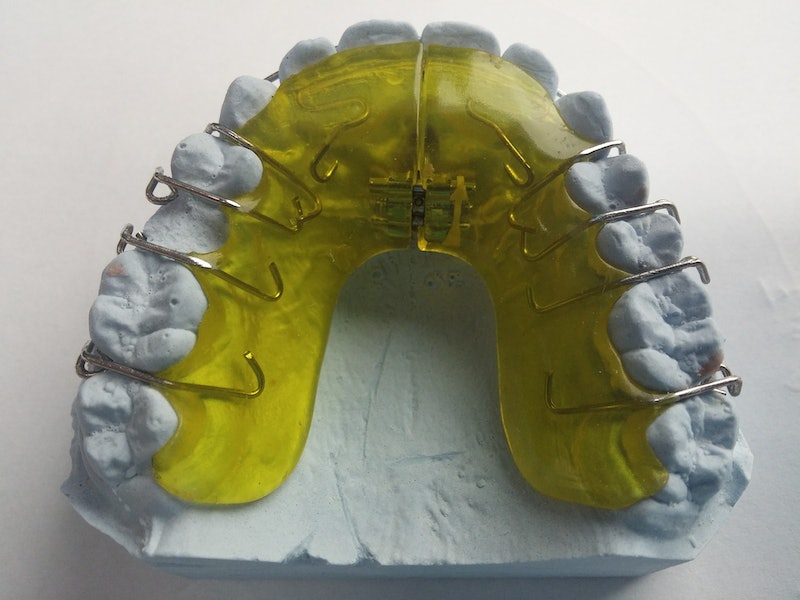 When I was in college, I was trying to figure out ways new ways to eat ramen without water. When Amos Dudley was in college, he was becoming the student who 3D-printed his own braces. While Dudley will very likely go on to do many other amazing things in his life, he will always don the title as the kid who outsmarted the orthodontic industry, saved himself thousands of dollars, and made the rest of us really hopeful for the amazing things that will come from 3D printing.

On his blog, Dudley explains that his teeth had always been slightly crooked. Not hugely out of line, just enough to make him self-conscious about smiling. He looked into various types of invisible plastic adult braces and was seriously turned off by the dollar signs. After doing some research, Dudley, who was already familiar with 3D printing, realized that he might be able to print his own plastic braces. He was in college and had access to all sorts of expensive, high-end machinery and software to make it happen, and so he did.

He had to first master three orthodontic practices on his own. The starting point was to create a plaster mold of his mouth. Then he had to study the placement of his teeth using a computer software. The final step was to map out pathways for the movement of his teeth, using only a few textbooks on orthodontics. Each adjustment is represented in a different plastic tray, because unlike metal braces, the plastic trays are not adjustable. Dudley would switch trays every few weeks, moving along the movement path he mapped out. After 16 weeks, Dudley's teeth looked awesome, and he was only out $60, saving himself thousands and thousands of dollars.

If you're scratching your head, don't fret — most people are scratching their heads, too. What Dudley taught himself how to do is extremely advanced and complicated. (And just a warning on DIY braces: they can go terribly wrong if you're not as prepped as Dudley was!) Clearly, he has some natural understanding of shapes and measurements, which made this entire project feasible. Here are some step-by-step photos of the most epic DIY project ever:

First he made a plaster mold of his mouth by ordering the proper materials to create plaster off eBay.

Then he studied his teeth using a software that helped him map out the best route to Straight Teeth Town.

Once he had all the precise measurements, he used his 3D printer to print out plastic trays that he would use as braces. He wore them for about four months, taking them out only for eating. Now that he's happy with his smile, he'll wear the last plastic tray for the rest of his life, at night. He says it also helps out his grinding that occurs while he sleeps.

While Dudley's very happy with his results and very happy to share his project with the world, he wants to remind everyone that he's not a licensed professional, he doesn't recommend others try it and will not be opening a braces stand any time soon.