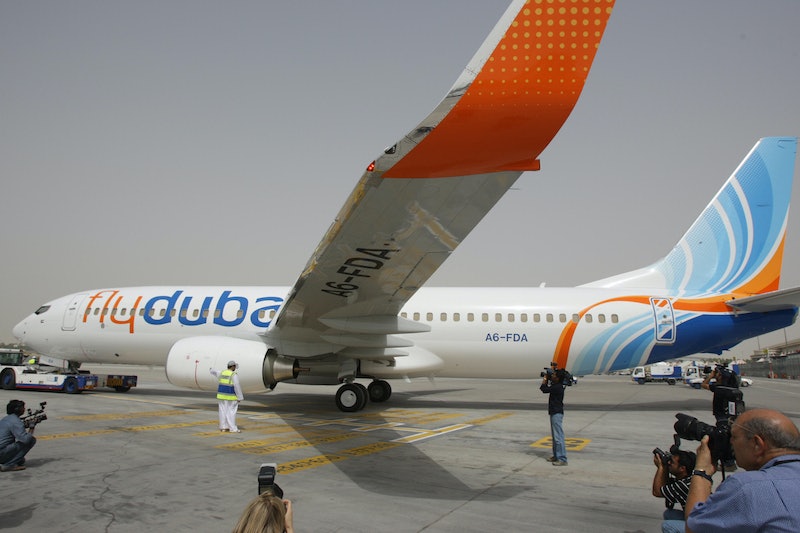 Early Saturday morning in Russia, a Flydubai Boeing 737 plane carrying at least 55 people crashed, killing all on board, according to multiple media reports, which cited confirmation from Russia's Emergency Situations Ministry. (Some reports have suggested the plane was a Boeing 738, not a 737, but this is yet to be confirmed.) The New York Daily News reports that the plane missed the runway when attempting to land in the city of Rostov-on-Don.

"We are aware of an incident involving our flight FZ981 from Dubai to Rostov On Don. We are investigating further details and will publish an update once more information is available," Flydubai wrote in a statement on Facebook.

Update: There were 55 passengers and 7 crew members on board when the plane crashed. The crash killed all 62 on board.

"We're aware of reports coming out of Russia and our team is currently gathering more details," Boeing tweeted in a statement.

According to a tweet from BuzzFeed reporter Jim Dalrymple II, flight data shows that the plane circled the airport before trying to make a landing.

"At this this time we do not have any information on victims," a spokesperson for the Russian emergency ministry told AFP.

The plane had traveled to Rostov-on-Don from Dubai. Mashable reports that the cause of the plane crash is thought to have been poor weather conditions, evidenced by the plane's circling and one terminated attempt at landing before its final attempt to land.

CCTV footage posted to YouTube shows the plane crashing into the ground.