And so it seems Jay Leno has signed off for the last time from The Tonight Show . After the controversy that followed what I will call “Conan Gate,” Leno bid adieu to The Tonight Show desk after a star-studded farewell. Whether you like the guy or not, you have to give credit to the overwhelming popularity of his show. Over the past 22 years, Leno has held residence in late night television’s most prime piece of real estate. And millions upon millions tuned in.

In his opening monologue, Leno certainly had no qualms addressing the, shall we call it, “rough” relationship he’s had with NBC. According to the funnyman, he doesn’t like goodbyes, but NBC certainly does. He said it was like graduating from high school for really stupid people, because it took 22 years to graduate. *Tugs at collar. YEEEESH. In any case, he did make it clear that this really was his last broadcast and was very happy for Jimmy Fallon to take the reins. And after a bing-bang-bong series of jokes (even an OJ joke, good grief), he was also quite sentimental about his audience and crew.

Perhaps the best joke of the monologue was when he turned his Letterman “jab” in a surprisingly classy way, “People don’t want to tune in and watch a pair of millionaires fighting — that’s what the Republican primaries are for.” Well done, sir. 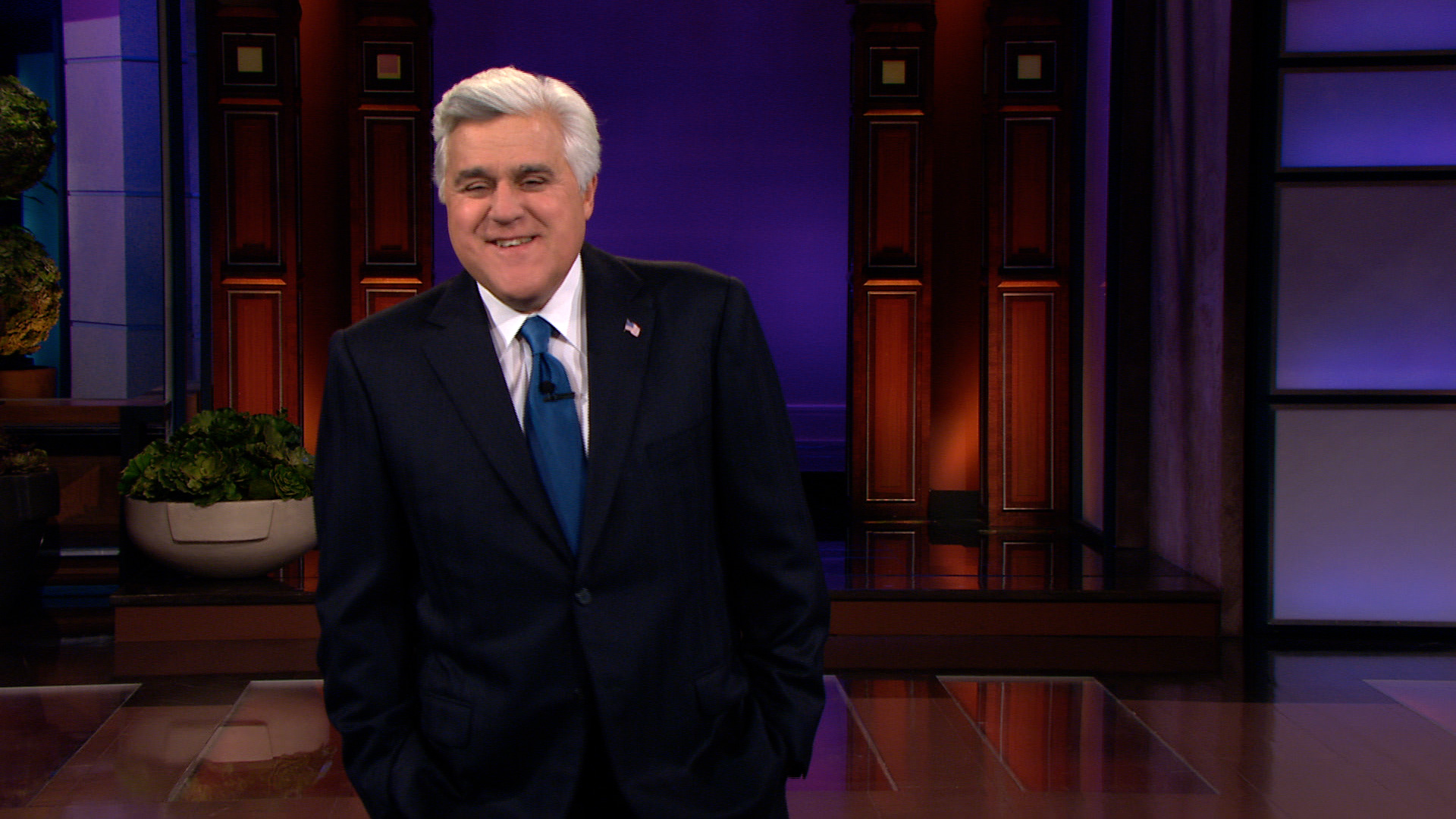 The first bit of the evening was a montage of celebs in little vignettes giving Leno advice on what to do next. There were plenty of knocks about him returning again to the show and even more car jokes...a nd Miley Cyrus denting a car, and Matt Damon fixing some cars (and looking daaaaaaaaamn fine), okay you get it, a lot of cars. We also has Kevin Bacon painting nudes, Mark Wahlberg cursing, Dana Carvey doing Jay Leno impressions, Martha Stewart and a bikini made of bacon, and, for a highly disturbing few seconds, Tyler Perry dressing Jay in a Madea-esque get up. Charlie Sheen was also there, but gross, Charlie Sheen.

President Obama even made an appearance in the clip! In it, he appointed Leno as the new Ambassador to Antarctica. Nice payback for all the Obamacare jokes, prez. The segment closed with Jimmy Fallon holding off the jokes and giving a sincere and touching send-off. (baawwww, Jimmy!)

Billy Crystal was the night’s first guest, which was quite fitting, as he was Leno’s very first guest 22 years ago. In true Crystal style, he walked in slapping moving stickers on all of the set pieces. Yolks aside, he delivered a farewell speech to his longtime friend. But, not soon after, Crystal was in full Oscar Host mode and had a celebrity-filled serenade of “So Long, Farewell,” that included back up dancers in lederhosen. It was a total grab bag of stars, and it was kind of great in its insanity.

Jack Black, Sheryl Crow (who made a sick Letterman joke), Kim Kardashian, Chris Paul, Jim Parsons, Oprah Winfrey, and the legendary Carol Burnett (she even did the Tarzan scream!) were all part of Crystal’s big surprise. Leno seemed particularly touched by Carol Burnett, because, frankly, the woman is an institution and being honored by her for your work in comedy is one of the greatest honors a stand-up or host could ever receive. 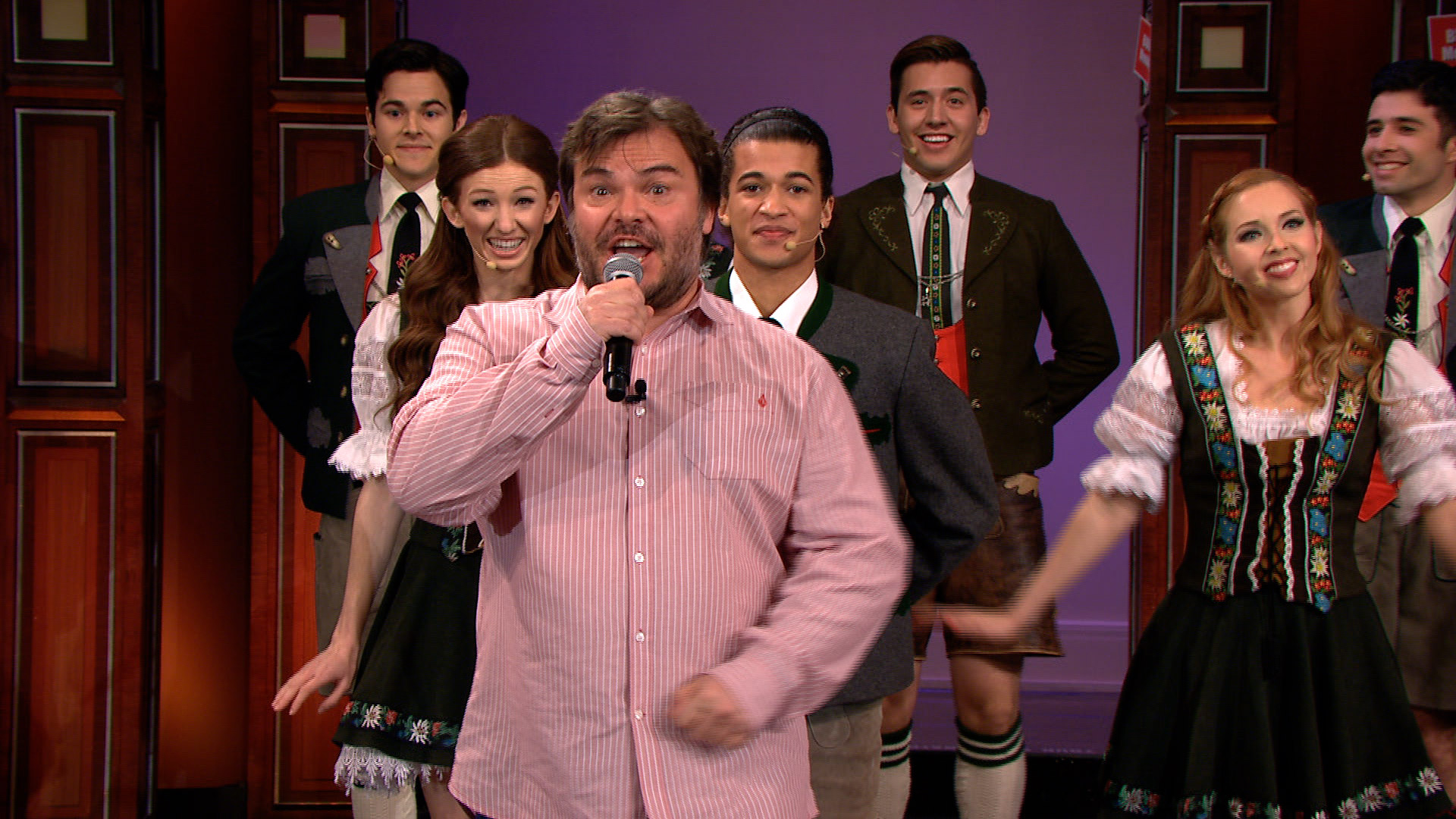 After Crystal and his So Long Farewell All-Stars, Garth Brooks took to the stage and called Leno the “dearest friend to entertainment,” and then sang, “The Dancer.” It was kind of a bummer of a song. But hey, at least it was a good lead into Leno’s own goodbye. Sat behind his desk, Leno was very emotional bidding adieu to his job, his co-workers and the audience. He was particularly teary when discussing The Tonight Show’s crew. As he explained, when he began hosting, he lost his mother, father, and brother in a quick succession, and the crew became his family. He closed by once again wishing Jimmy all the best and saying what an honor it was to be a part of The Tonight Show institution. Then Garth Brooks lead an awkward audience sing-along of “I Got Friends in Low Places.”

Welp, I guess that’s it. All in all, it was a very Leno show. Truth be told, Conan’s NBC send-off was no-holds barred, all-out, go big or go home extravaganza. As he well deserved it to be. Leno, after returning to the desk under dubious reasons, said goodbye tonight more quietly. His head hung a bit lower and there was less pomp and circumstance than you may have expected. But, I suppose that’s just what happens when you don’t play nice the first go-around. It was time for Leno to walk out, and he did without hurting anyone’s feelings this time.