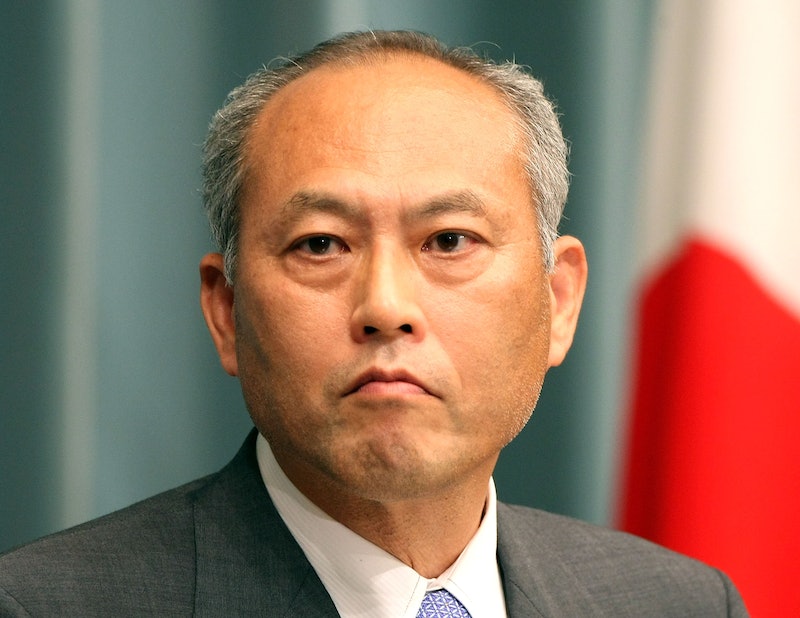 For everyone who thought Lysistrata warfare was just for women in ancient Greece, think again. It turns out that it might be a tactic that works just fine in modern democracies. A group of Japanese women are organizing a "sex boycott" against any man who votes for Yoichi Masuzoe, a politician who is seen as infamously sexist by many. Masuzoe, who has spent decades as either a politician or political commentator, is one of 16 men running the Tokyo gubernatorial election, and has the backing of the conservative party. Despite his controversial remarks about women and taxing the elderly, some polls show him in the lead.

Though women's issues have not played a prominent part in the election thus far, many women have not forgotten Masuzoe's long-time misogyny. Most famously, he told a men's magazine in 1989 that women should not hold places in the highest level of government because they have periods. No actually. Here's what he said: “Women are not normal when they are having a period ... You can’t possibly let them make critical decisions about the country [during their periods], such as whether or not to go to war.”

Given this, in addition to the fact that one of his three ex wives publicly tried to convince the conservative party not to nominate him, and he has been taken to court over child support for one of his illegitimate children, it's hardly surprising Japanese women are questioning of his character.

The "No Masuzoe" campaign currently has a website that has been receiving around 75,000 hits a day, and includes a petition, and a poster campaign. It also has a Twitter account with around 3,000 followers, all of whom are apparently ready to withhold sex from those who support Masuzoe's blatant misogyny. Though the founders of the group have so far stayed anonymous, the Twitter profile states, “We have stood up to prevent Mr Masuzoe, who makes such insulting remarks against women...We won't have sex with men who will vote for Mr Masuzoe.” It also includes this delightful image:

Campaigning for this year's Tokyo gubernatorial election began in late January, and has mostly focused on nuclear issues. The election will be held February 9th, just two days from now, so we'll soon know if this sex boycott was enough to keep Masuzoe out of office. But however it turns out, I can think of some times this type of political warfare might be called for here in the U.S. So beware, men of the world, all these candidates spewing sexist rhetoric might soon mean you'll have to choose which you value more: sex or politics. Best of luck!