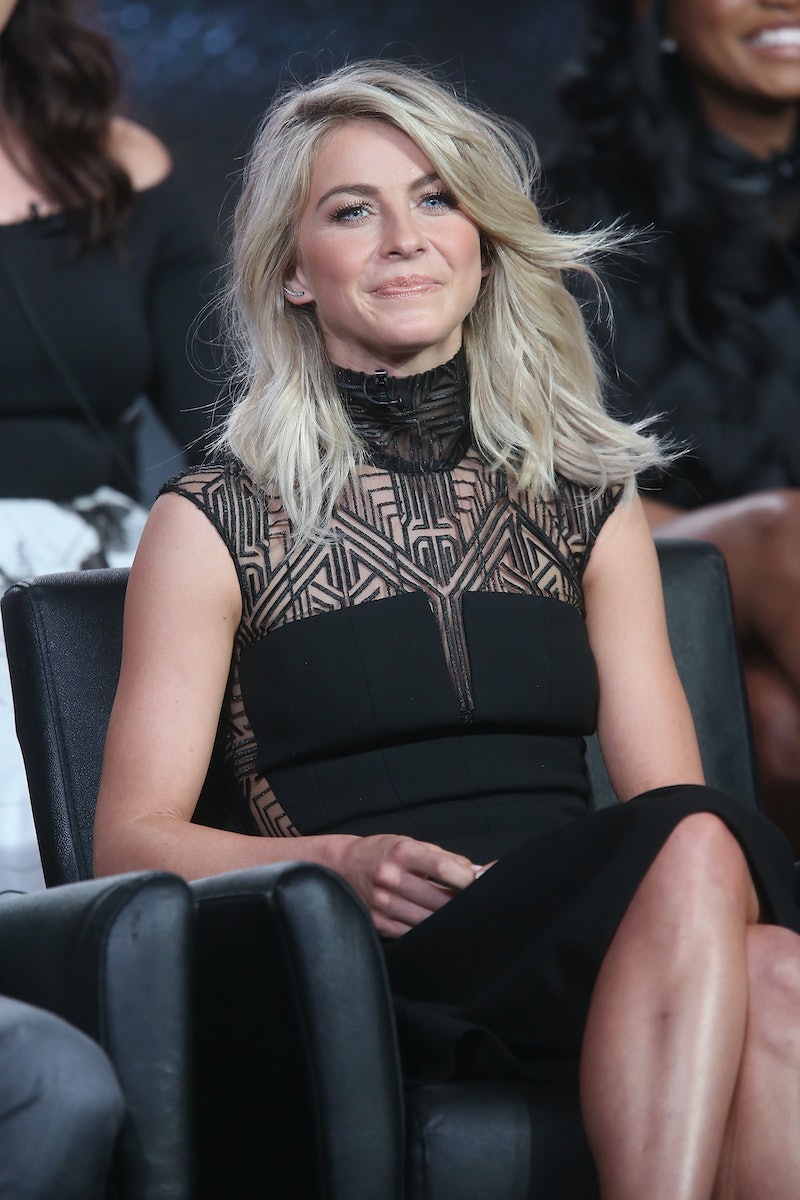 The judges table on Season 22 of Dancing With The Stars is missing Julianne Hough, which is a major bummer. The show's former pro (Seasons 4-8) returned to be a guest judge in Seasons 13, 14, 17, and 18 and became a full time judge in Season 19. But, just a few years later, she's exited the show leaving her scoring paddles behind. But, did she leave for good? Will Julianne Hough return to Dancing With The Stars? That's an affirmative, my friend.

While Hough told People magazine that she's taking a break to work on some "exciting stuff" (very vague), she also revealed that she considers the show her home and family and plans to come back at some point. "I promise it's not the last you'll see of me in the ballroom," she told the magazine. And, it's a mutual affection, because producer Rob Wade told People they'll have her back any time she wants. "Julianne will always be a part of the Dancing with the Stars family and we hope to see her back in the ballroom in the future," he said.

So, there you have it. Unfortunately it doesn't make Season 22 any better, but at least fans know Hough isn't gone for good. And, who knows, maybe when she makes her way back she'll be doing it as a dancing pro once more. I miss seeing her out there on the floor!