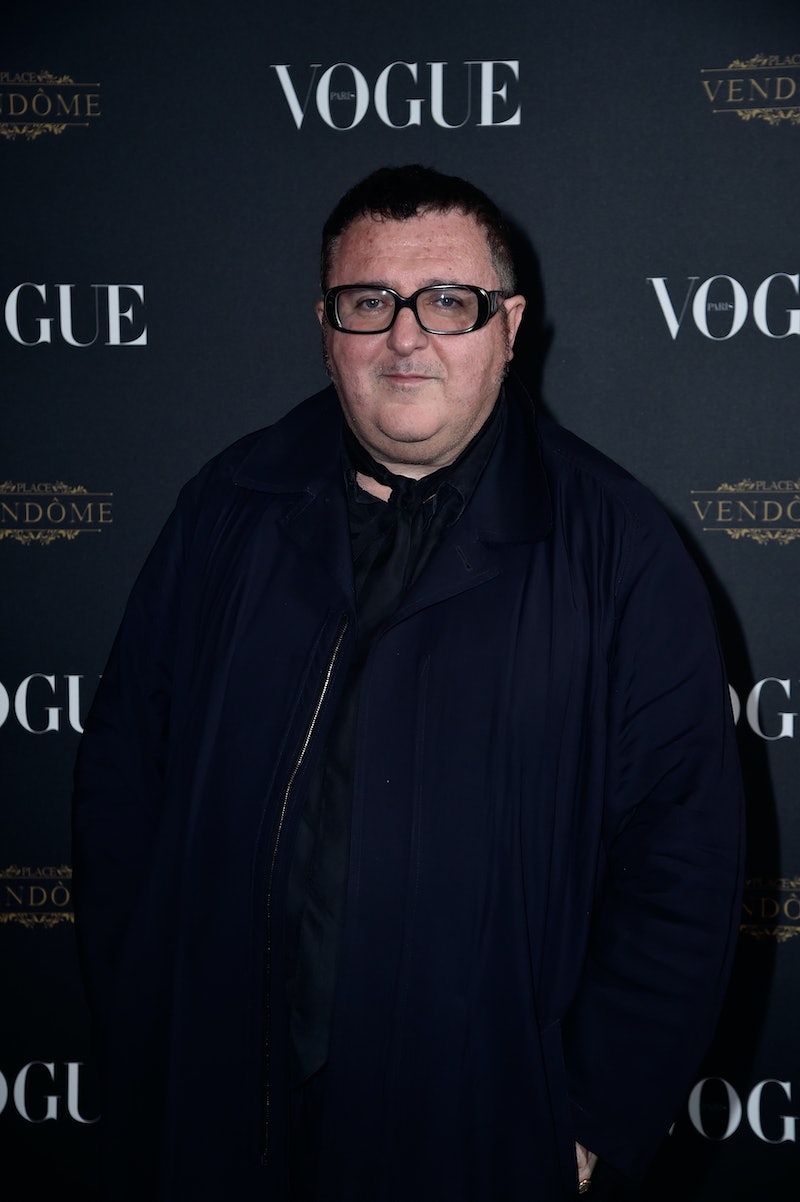 The great Albert Elbaz's absence was deeply felt during the most recent Fashion Week shows, but it doesn't sound like the designer is retiring to a quieter life anytime soon. In fact, Elbaz was promoted to Officer of the Legion of Honor — France's highest civilian distinction — this week. Lanvin's former creative director was named a Knight of the Legion of Honor back in 2006.

Last October, the news that Elbaz was leaving Lanvin after a 14-year tenure rocked the fashion world. “I wish to express my gratitude and warm thoughts to all those who have worked with me passionately on the revival of Lanvin over the last 14 years; express my affection to all my wonderful colleagues in the Lanvin ateliers who accompanied me, and who enriched and supported my work,” Elbaz said in a statement.

A month after his departure, Elbaz returned to the spotlight by joining Instagram and posting his first selfie. It seems that he's taken quite a liking to the popular social media site and has even come up with his own adorable hashtag that completely encapsulates his fabulous life and friends: #alberandamigos. And what a roster of celebrities and fashion icons it includes, from the legendary Iris Apfel, to Demi Moore, to Kim Kardashian.

Of course Lady Gaga is one of Elbaz's amigos.

And most fabulous of all? Minnie Mouse, duh.

Congratulations on your stunning achievement, Alber!

More like this
What Is “Jello Skin”? The Latest Viral Trend To Know About
By Tomi Otekunrin
Chelsea Woody On Shattering Stereotypes In Surfing
By Leah Groth
What Is Jeanie Buss' Net Worth? The Lakers President Is Uber Rich
By Hugh McIntyre
Jake Daniels Just Became The UK’s First Active Football Player To Come Out As Gay Since 1990
By Sam Ramsden
Get Even More From Bustle — Sign Up For The Newsletter