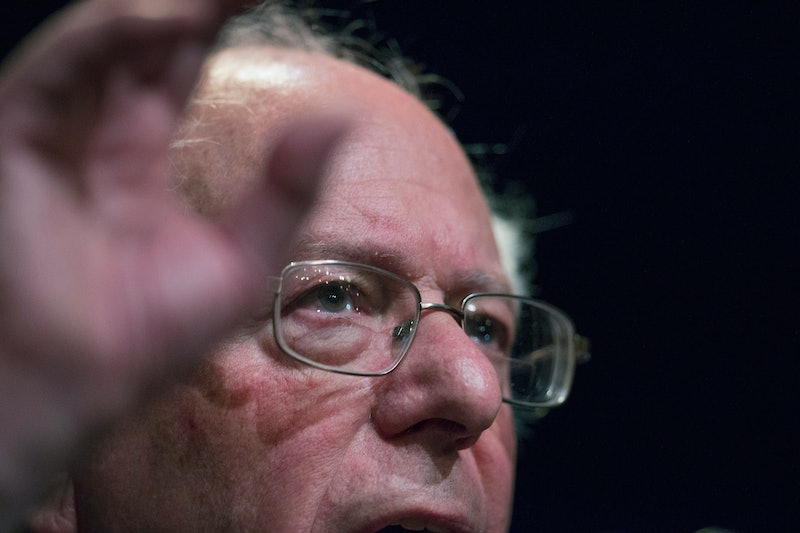 Wisconsin is the next state to vote in the 2016 primary, and on the Democratic side, the polls are very close. That said, there's an emerging consensus that Bernie Sanders will win Wisconsin and defeat Hillary Clinton in the Badger State.

He's steadily closed the once-huge gap between him and Clinton in Wisconsin and now leads her in four of the last five polls. FiveThirtyEight, which factors in not only state polls but national polls and endorsements, gives him a 73 percent chance of winning the Badger State, while the folks over at PredictIt put those odds at 87 percent.

But alas, winning Wisconsin probably won't improve Sanders' chances of winning the nomination, which remain slim. Although he's likely to win the state, Sanders isn't on track to win by very much, and thanks to the Democratic Party's proportionality rules, he and Clinton will walk away with roughly the same number of delegates if the vote is close. And because Clinton is already leading Sanders in delegates, such an outcome would preserve the status quo.

In order to overtake Hillary and get the nomination, Bernie doesn't just need to win Wisconsin. He needs to win it by a huge margin and then — this is the hard part — continue to win states by huge margins. That's where things get tricky, because neither the polls nor the demographics in upcoming states suggest Sanders will win many blowout victories. And there's no good reason to suspect that the polls are wrong.

Nate Silver gamed out how big Bernie would have to win in each state in order to get a majority of pledged delegates, and it's not very promising. Silver's scenario, for one, involves Sanders winning Wisconsin by 16 points. If that happened, it would be a huge news story, given that Sanders' lead in the state isn't anywhere close to that big and never has been.

But even if Sanders scored an unexpected blowout in Wisconsin, he wouldn't be out of the woods. Not by a long shot. Per Silver's model, he'd still need to win a narrow victory in New York (where he currently trails by 11 points), a modest victory in Pennsylvania (where he trails by 27 points, at the time of writing), and a landslide victory in California (where he also trails by about 10 points). Polls across the country would need to be wrong by double digits for Sanders to win, and that's, well, exceedingly unlikely.

There are other reasons to be skeptical of Sanders' chances in the upcoming states. So far, he's done much better in caucuses than primaries, but there are only four more caucuses left — North Dakota, Wyoming, Guam, and the U.S. Virgin Islands — and none are worth that many delegates. Furthermore, Sanders consistently does better in heavily white states than racially diverse ones, and the two biggest states that have yet to vote, California and New York, are both very diverse.

A Badger State victory will reinvigorate Sanders' supporters and energize them for the upcoming primaries. But it won't fundamentally improve Sanders' chance of becoming the Democratic nominee.