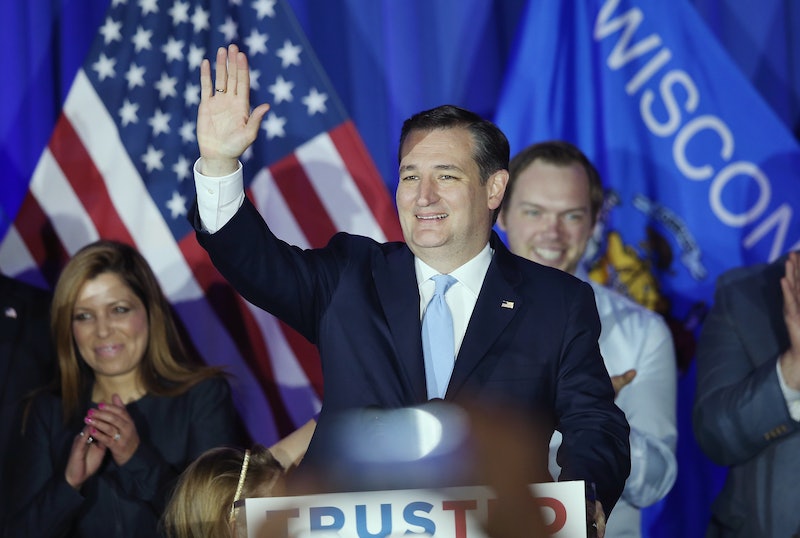 Second place came out on top in Wisconsin on Tuesday after Ted Cruz handily won the Badger State's primary race. The win gave Cruz the majority of Wisconsin's delegates and increased the likelihood of a contested Republican convention in July, which holds the chance of robbing frontrunner Donald Trump of the nomination.

To win the Republican nomination, a candidate needs to secure 1,237 delegates, and with Wisconsin firmly under his belt, Cruz now has 502 delegates to Trump's 739. Just 769 delegates are up for grabs now, which means Trump would need to win a solid majority of the rest in order to pass that threshold.

That's why Wisconsin was so important for Republicans. All that delegate cheddar in the nation's cheese capital meant Trump would be more or less likely to hit that special number. But it's looking more and more like the Republican race is going all the way until the cows go home — at the convention.