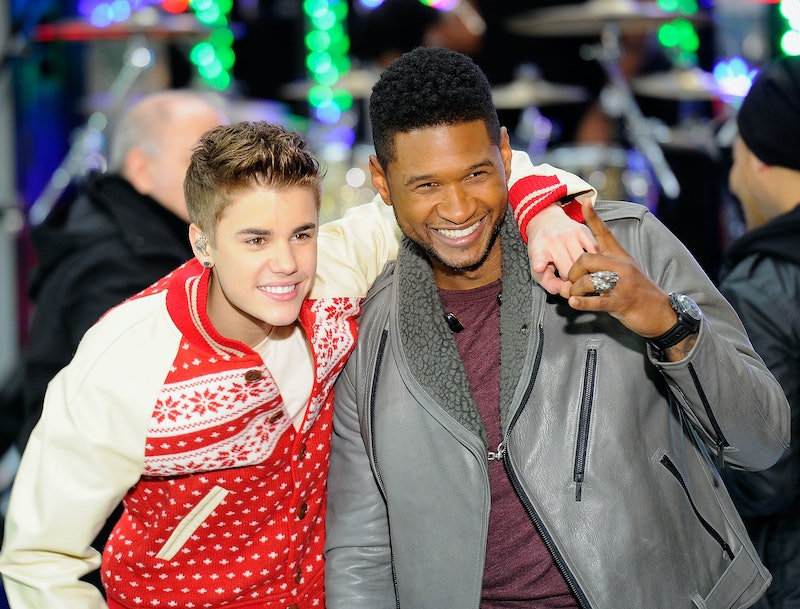 A great mentor — many of the biggest artists have them. The person from whom they get advice — someone to help guide their career in crucial ways. For Justin Bieber, from the beginning, that person has been Usher. Now, thanks to Bieber's Purpose tour, they're back at it again! During his Purpose tour stop in Atlanta Wednesday, Bieber was joined onstage by Usher. These two may be the most notable mentor/mentee relationship of the last decade, and during their time on stage together, it became apparent why.

The duo sang multiple songs together, including Usher's hits "I Don't Mind" and "U Don't Have to Call," but the best moment came when they preformed "U Got It Bad." In case you have forgotten, this is the song that Bieber sang to Usher back when he was just a young boy from Canada trying to make it in the business. The song went viral... and the rest is history. The two have reportedly remained close over the years, and though its been a while since we've seen the two sing together, it felt like no time had passed. To top it off, they sang the song that really started it all for Bieber.

Bieber has come a long way since singing for Usher as a kid, but singing this song paid amazing tribute to his roots. Who knew that Bieber's career would be launched so far since the recording of that video? Or that he would one day be singing not for, but with Usher, on his own headlining world tour?

Of course, he owes a big amount of his success to Usher's guidance and leadership, so it's nice to see the two pals still hitting it off so well even after all this time. Hopefully, this will give them a taste to create more music together, because another Usher/Bieber collaboration is long overdue.