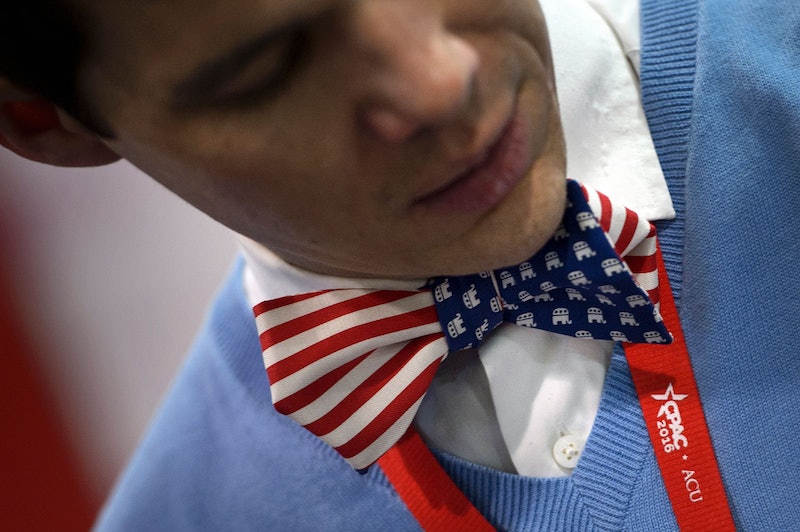 Maryland is one of five states that will hold their primaries on April 26. While the Democrats allocate all their delegates proportionally, no matter what state the primary or caucus is in, it's a little more contentious on the Republican side. There are quite a few pledged delegates at stake for the party on Tuesday. Is the Maryland primary winner-take-all? The Republican Party has 38 delegates to allocate.

As with many other states, Maryland awards its Republican delegates in a couple different ways, both of which include a winner-take-all component. There are three different types: at-large delegates, Republican National Committee (RNC) members, and congressional district delegates. The state has three RNC member delegates (like every other state), 11 at-large, and 24 congressional district delegates.

The RNC members and the at-larges (14 in all) will go to whichever candidate wins a plurality of the statewide vote on Tuesday. Unlike in some states, a candidate will not need to win a majority (over 50 percent) of the vote, but just more than any other candidate, to get this chunk. As for the congressional district delegates, there are three for each of the state's eight districts. All three of a district's delegates will be awarded to the candidate who wins the plurality (again, not necessarily the majority) of the vote within the district.

This method of allocation makes it less likely, though not impossible, that any one candidate will get a clean sweep of all the state's delegates. Going into Tuesday, Donald Trump has a fairly steady lead in the teens over Sen. Ted Cruz and Gov. John Kasich in Maryland, so he has reason to hope for the state's 14 at-large and RNC delegates. But Kasich and Cruz, both polling around the mid-20s, could do better in some congressional districts than others, possibly picking up some delegates there and denying Trump a mop-up. Public Policy Polling reported that Trump is popular in most parts of Maryland, but not the suburbs of Washington, D.C., where Kasich is polling at over 40 percent and Trump and Cruz are both in the 20s.

The winner-take-all-ish primary in Maryland will take place on the same day as primaries in Pennsylvania, Connecticut, Rhode Island, and Delaware, and the state holds about one-fifth of the total 172 delegates at stake on Tuesday (though that includes Pennsylvania's 54 unbound delegates, who are free to vote for whomever they choose at the convention). Stay tuned to see if Trump is able to inch closer to an automatic Republican nomination, or if Cruz and Kasich keep enough delegates away to increase the likelihood of a brokered convention in July.