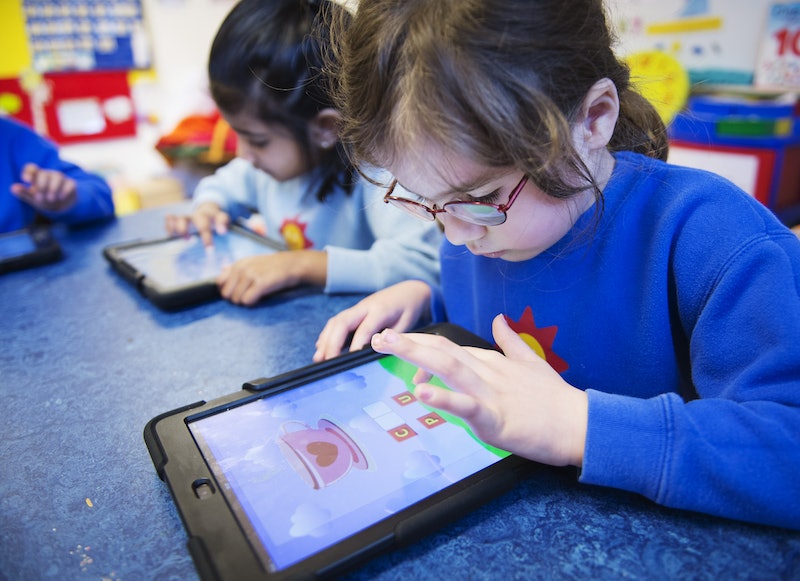 My old text books are a treasure trove of memories from school: every doodle, every scribble in the corner of a page, every name lovingly surrounded by ink hearts tells a story. But school kids in the city nowadays will have to find somewhere else to doodle their secrets — because Amazon will deliver e-books to New York schools next year as an alternative to traditional text books.

Amazon won the $30 million contract on Wednesday, and starting next year, will be introducing its e-books to New York City school children — over a million of them. If the first three years of the programme go well, it could be extended to a five-year plan, which will benefit both Amazon and the city's schools in a big way. Amazon could net a whopping $64.5 million total, as well as introducing its e-books to a massive new audience — and schools will be provided with a much more durable and portable alternative to their tired old text books.

The deal doesn't include any e-readers like Kindles. Instead, the schools will be able to download digital files from Amazon in a personalized internal marketplace, and then open these files on tablets, computers, smartphones, or whatever other devices the school have.

It's a pretty big change — but if this enables schools to keep up a better quality library of text books, then it's bound to have a really positive effect on these school children's education. As long as they find somewhere else to keep their doodles, then I'm in.