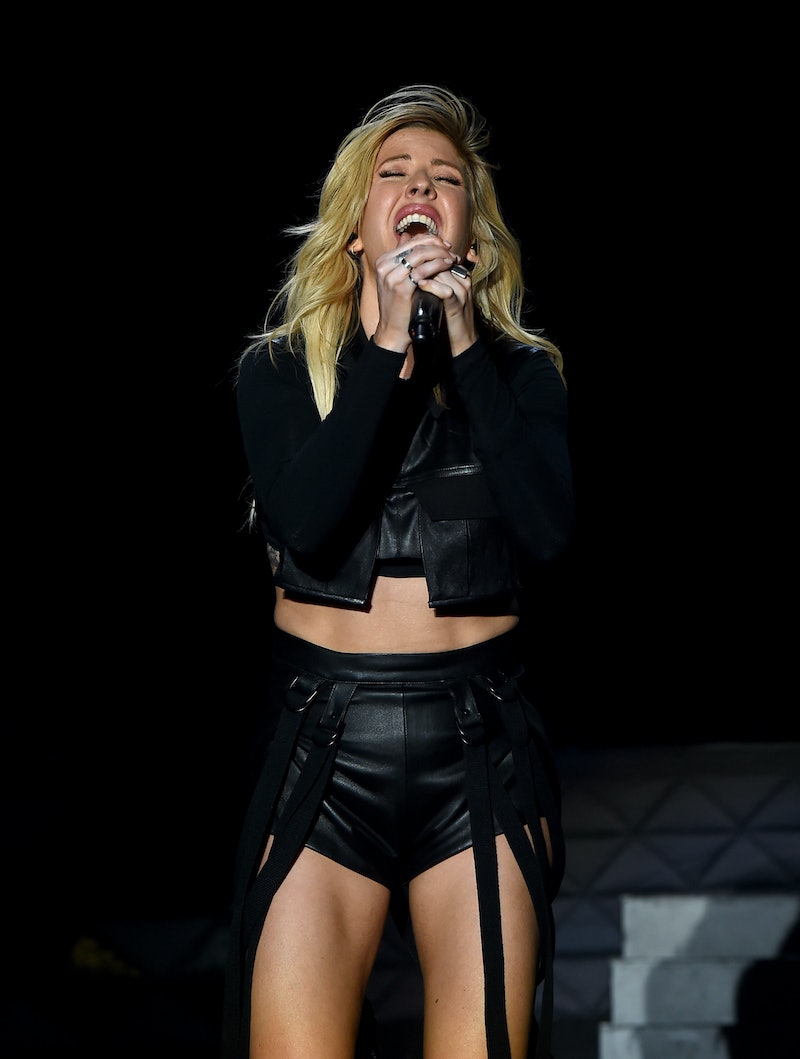 When news broke on Thursday that Prince died at age 57, the impact was immediate. Everyone from fans to celebrities mourned the loss of a music legend. During Weekend 2 of Coachella, Ellie Goulding paid tribute to Prince on stage. According to Entertainment Weekly, the 29-year-old worked "When Doves Cry" into the intro of her song "Lights" and it was a beautiful way to remember the icon.

Just like many others, Goulding reacted to the news of Prince's death on social media on April 21. She wrote, "RIP Prince. There will never be anyone else like you." But that's not all — she also reflected on when she met him in 2014 at the BRIT Awards. The "Army" singer recalled in a tweet: "Was so honoured that he presented me with Best female Brit two years back. I was speechless in his presence. What a legend." That's certainly a worthwhile memory to have with the Purple Rain star.

Although there's no denying how devastating the loss of Prince is — and will continue to be — it's comforting to see his legacy live on through other performers. Coachella is a major music festival and provided the perfect opportunity for Goulding to give Prince the recognition he deserves. Fans uploaded snippets of the performance to Twitter:

This really was a lovely way for Goulding to remember Prince. If you want to relive the moment where they met, skip ahead to the 0:35 mark in the video below from 2014's BRIT Awards.

In the clip, she is in awe of Prince, yet it's way less awkward than the time that he kicked Kim Kardashian off the stage at Madison Square Garden. Sure, Goulding appears visibly nervous, but it didn't turn into an embarrassingly viral video or anything like that.

Although fans are still coping with the loss of Prince (and rightfully so), it's nice for stars like Goulding to keep his music alive. In doing so, she proves his lyrics are truly timeless.