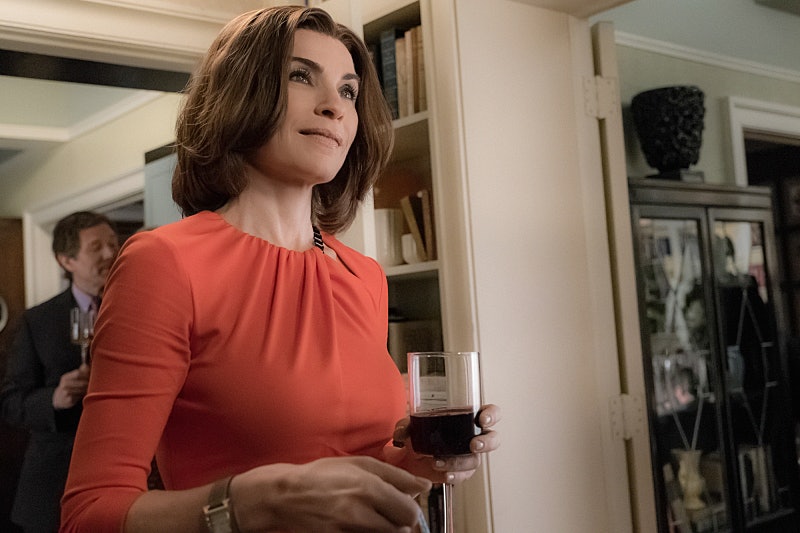 Peter might be looking at three years in jail, but things are looking up for Alicia on The Good Wife . In "Party," Alicia not only had a personal life win with her new boyfriend Jason Crouse, she also reached a huge milestone in her career. That's right, Florrick is back on top and officially a name partner. Diane's all female firm is becoming a reality, with David Lee agreeing to take a step down publicly (he'll still keep his salary) for the sake of branding. Lockhart, Florrick & Associates is happening on The Good Wife , but where does that leave Alicia and Jason?

Becoming a name partner might be huge news for Alicia professionally, but there's a chance it might cramp her romantic style. After a few awkward moments with Jason — she told him she wanted him, he gave her a deed to land on Mars and made her realize that she knows nothing about him — Jason finally told her what he wanted. He wants her too, no question, but he also wants the freedom he enjoys. Jason has never liked being tied down, and he wants to have the freedom to move across the world every year or so. His feelings for Alicia complicate things.

Jason isn't the best at communicating, so Alicia basically had to pry his feelings out of him, and what she got might be more confusing than not knowing at all. Jason wants to be with her, but also knows they're going to have problems down the road when he gets the itch to pack up and leave, especially when she's name partner at a law firm. So, I guess him informing her of their potential future breakup is an act of chivalry?

Jason and Alicia's relationship will always be complicated, but, hey, at least that's one thing Jason lovers can always count on.