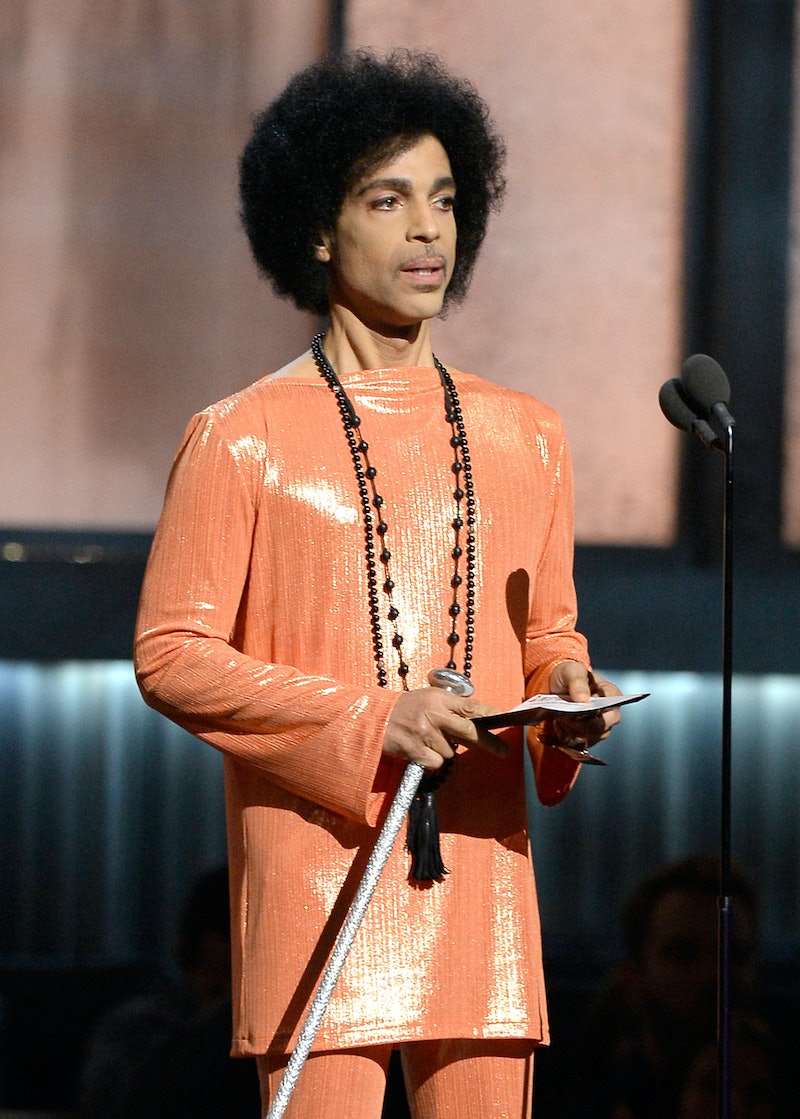 It's been less than a week since Prince's unexpected death, and the world is still reeling from the loss of such a legendary musician. And as people continue to remember him for his life and for his massive contributions to music, his family continues to get his affairs in order. But it sounds like they're run into one major roadblock. According to TMZ, Prince's sister, Tyka, filed paperwork to Minnesota's probate court that notes that Prince didn't leave a will — at least, not one that has been found yet.

TMZ claims that Tyka says in the papers that she has no reason to think a will exists, so she's requesting to be named the "special administrator," which would effectively make her the will's executor. If there truly is no will, his assets would get divided up equally among his siblings, and six (including Tyka and five half-siblings) are named in the paperwork. She also reportedly requested that Berner Trust, National Association, be the true administrator of the transaction, since they've handled Prince's money before, according to TMZ.

In addition, on Monday, the Carver County Sheriff's Office told People on Monday, "We do not have any wills filed at this point in time."

While it might be surprising that Prince wouldn't have left behind some kind of direction as to what to do with his estate after he died, now, it's reportedly up to the court to make that determination. Regardless of how the situation turns out, he already left a legacy that no one will forget for years to come.