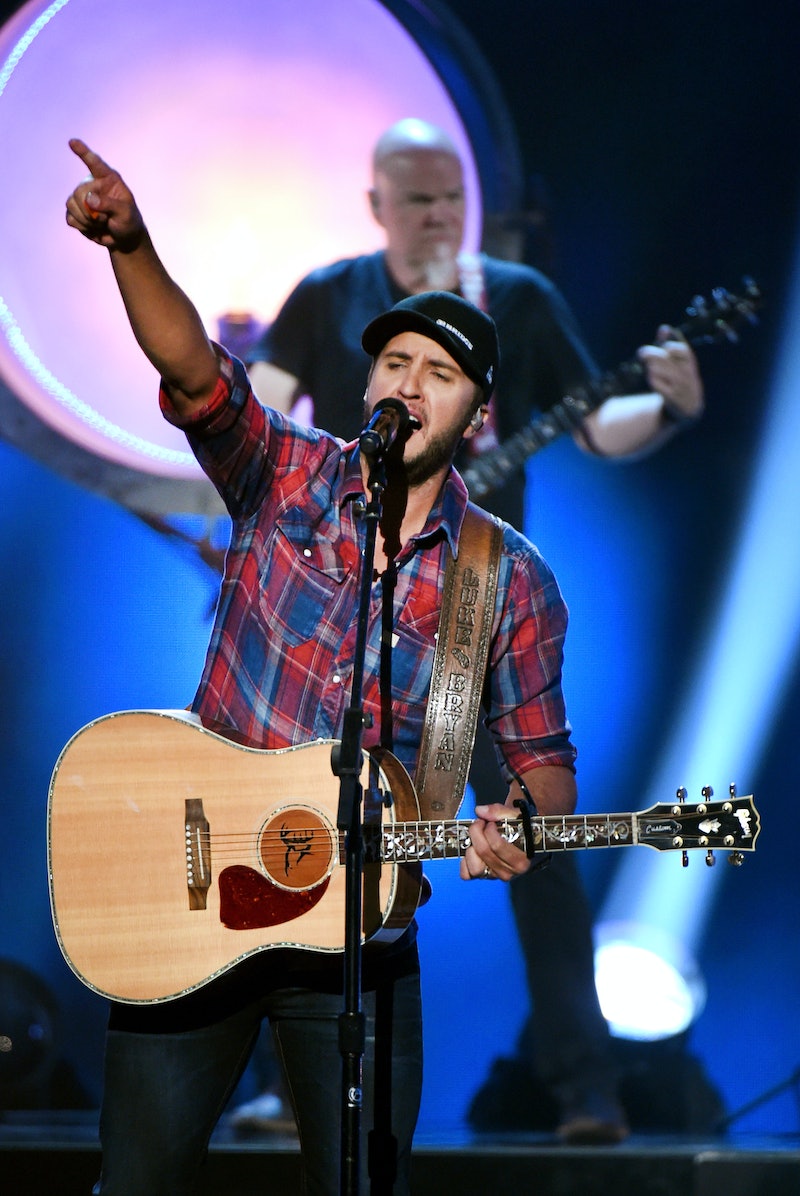 If you’re talking about nouveau country music royalty, it’s hard not to mention Luke Bryan as one of the top players on that list. He not only has the chart-topping hits to prove his mettle, but he’s got the album sales, the songwriting chops, and the rabid fan base to support it all. And, speaking of that fan base, suffice it to say that they were very happy when Luke Bryan won Artist Of The Year at the American Country Countdown Awards. I’m not even a big country fan and I loved it, too. It’s also worth noting that Bryan brought home Male Vocalist Of The Year, too.

Bryan topped off his winning Male Vocalist Of The Year with a spirited performance of his song “Huntin', Fishin' And Lovin'”, which is all over country radio (but then again so are all of Bryan’s songs). Like any good fans, Bryan’s admirers took to Twitter to praise their idol. But then when he won Artist of the Year, boy, did Bryan’s fans really take to the Twitterverse. He beat our Sam Hunt, Jason Aldean, Blake Shelton, and Florida Georgia Line for the coveted trophy, and Bryan’s fans quickly jumped to congratulate him on his big win.

The Artist Of The Year award is a big win for Bryan. Sure, he’s wildly successful, but he was up against artists with some serious pedigrees. I mean, Blake Shelton is huge, as are Florida Georgia Line and Jason Aldean. It must feel amazing for big artists like Luke Bryan to know that they have such a dedicated fan base behind them — without the fans, what do they have? Just a guitar and a manager asking for 15%. Every musician I know just wants to make music for the fans, and Bryan’s fans seem to be some of the most supportive in country music.