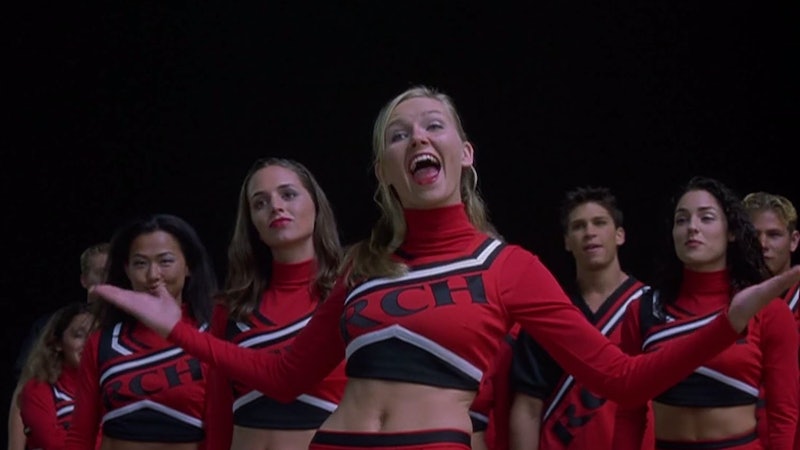 April showers might bring May flowers, but you probably won't have time to stop and smell them once you see what Netflix has in store for the month. I, for one, am counting down the minutes until my last day of grad school, when I can go home, get in a bubble bath, and get caught up in a serious streaming bender. I'm sure that I will eventually need sunlight and all of those other healthy things, but first, I'm going to decompress — and that's where the 13 Netflix May movies below come in handy.

The site's May selections feature plenty of great options to watch this month, and the films on the list below are the perfect choices to cuddle up with on a night indoors. One of my favorite things to do in the summer is to have a bunch of people over, pop a movie on the projector, eat some snacks, and have a killer conversation about what we watched afterwards —it's like school, but with cocktails and sunburns. The films below are perfect conversation starters, and are the ones you can be watching on Netflix this May to kick summer off with a bang.

This month, there will be some Toros in the atmosphere.

Tobey McGuire and Reese Witherspoon serve up some adorable '50s/'90s goodness in this star-studded film.

Wanna learn from history? Check out this kickass documentary about the rise of feminism. It's a super insightful film, and one that shows what happens when discussions about gender ignore race.

I have such a hard time with this movie. Molly Ringwald gets the relatable, lose-lose situation of being 16 incredibly well, but this film also features some twisted Asian stereotypes and laughs at rape culture. Grab a bottle of pinot with your friends and have a hardcore discussion about this one after you watch it.

This movie will forever put my fashion choices to shame. Grace Kelly, anyone?

6. Palm Tress In The Snow

There two things that make me excited for this film: 1. it looks absolutely gorgeous, and 2. are they actually trying to tackle colonialism and post-colonialism with a romance drama? I'll give that a shot.

7. Things We Lost In The Fire

Judging by the trailer, this film is bound to upend all your feels. Maybe watch this one alone, with a box of tissues.

This one is heavy, but it's also an incredibly rich piece about masculinity, human trafficking, and power.

If you're into Peter Greenaway, director of The Cook, The Thief, His Wife, and Her Lover, you've gotta see his newest film. Out of all the movies on this list, I am the most stoked for this one.

Here's the action thriller starring Jessica Biel as a gun-totting yoga instructor that you didn't know you needed until now.

This dance doc is sure to brighten up that one, random stormy day.

This movie is one of the first dramas to tackle epilepsy from a female perspective. It might not be one for date night, but it's certainly going to be enthralling.

Documentaries about space are my go-to when I'm in need of a solid existential crisis, and this one is bound to fit the bill.

There you have it: A whole month of Netflix picks at the ready for your enjoyment.