Did you guys know that James Cameron is making about 857 uninspired sequels to that blue people movie of his, Avatar? It's true (OK so maybe it's less than 857, but it's a lot)! The Titanic helmer is so in love with his weird little world that he's committed to at least four films about the Pandora and its stockpile of Unobtanium (get it?! GET IT?!) — which means we have many, many more years of Na'vi tail sex and the white savior complex that ripples throughout the initial film. And apparently people still want to talk about it!

Speaking to French commercial radio network RTL, Cameron discussed several facts and noteworthy takeaways for fans that anticipating the return of Sam Worthington and Company. We've highlighted the most important ones for you, below. (Don't say we never did anything nice for you.)

So, yeah, get excited for that, Avatar fans. You can listen to his thoughts here: 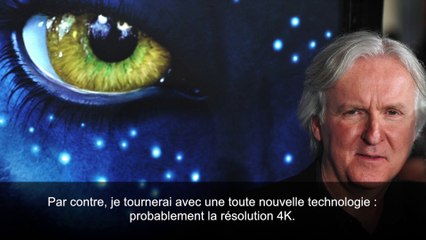