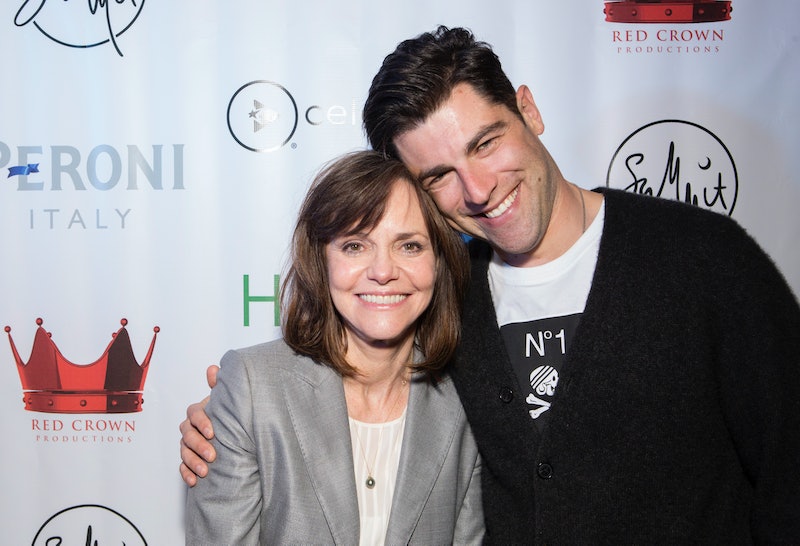 In an utterly charming performance, Sally Field plays the title character in Hello My Name is Doris opposite New Girl's Max Greenfield, which surrounds one woman's attempts at finding companionship while dealing with increased loneliness. It's a coming of age story, ironically enough, that centers around a middle aged woman trying to find herself despite no longer being a young woman. It goes like this: When a handsome new coworker (Greenfield) comes into her life, and a love guru tells her to go for it, Doris is convinced to give love a chance. But does Greenfield's character see Doris romantically, or just as a cool, older friend?

Well, see for yourself. Bustle can exclusively reveal that Hello My Name is Doris will hit Digital platforms on May 31 and Blu-ray and DVD June 14. So to tide you over until then, here's an exclusive deleted scene — one of 15 never before seen scenes from the bonus footage — from the film.

In the clip, Greenfield's character brings Doris to a party full of his friends. She meets the different characters, all of whom seem to be boasting their own strange quirks. One man

Watch the fun and funny clip below: