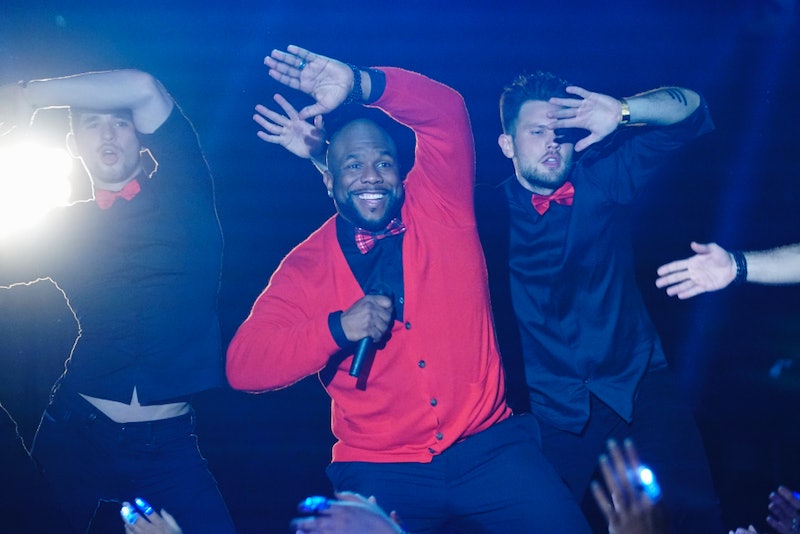 The further we get in the Dancing With The Stars schedule, the more things start to fall apart at the seams. Sure, everyone is injured at this point (ankles and shins are apparently very delicate, as are shoulders), but there are also a ton of scheduling conflicts to contend with. That was the problem this Icons Week for Boyz II Men singer Wanya Morris and his partner Lindsay Arnold. This week is a two-dance week (there’s also a men-versus-women group dance besides the individual dances), and Wanya had a previous Boyz II Men commitment. While that would normally be fine, it made Wanya miss a critical day of rehearsals, and he was none the pleased.

In Wanya’s pre-dance interview, we saw a lot of him on the phone talking to his manager trying to sort it all out. Wanya really needed that extra day of rehearsal, but he also refused to let down the Boyz II Men fans (and his band mates) that paid good money to see his band perform. Somehow, everything got worked out, and the judges really liked the dance that came out of Icons Week. Lindsay and Wanya booked a solid 28 from the judges, which is perfectly respectable and still at the top of the leaderboard. Not bad from over here.

Wanya wants this Mirrorball Trophy so much that you could totally feel his frustration in not being able to be in two places at once. I wish I could be, too, Wanya, and I probably would have freaked out a little bit, too. I really admire that he refused to ditch any of his commitments — Boyz II Men is what made Wanya, and he’s not about to throw out any of those fans. Those fans are the ones making the phone calls to vote, after all!