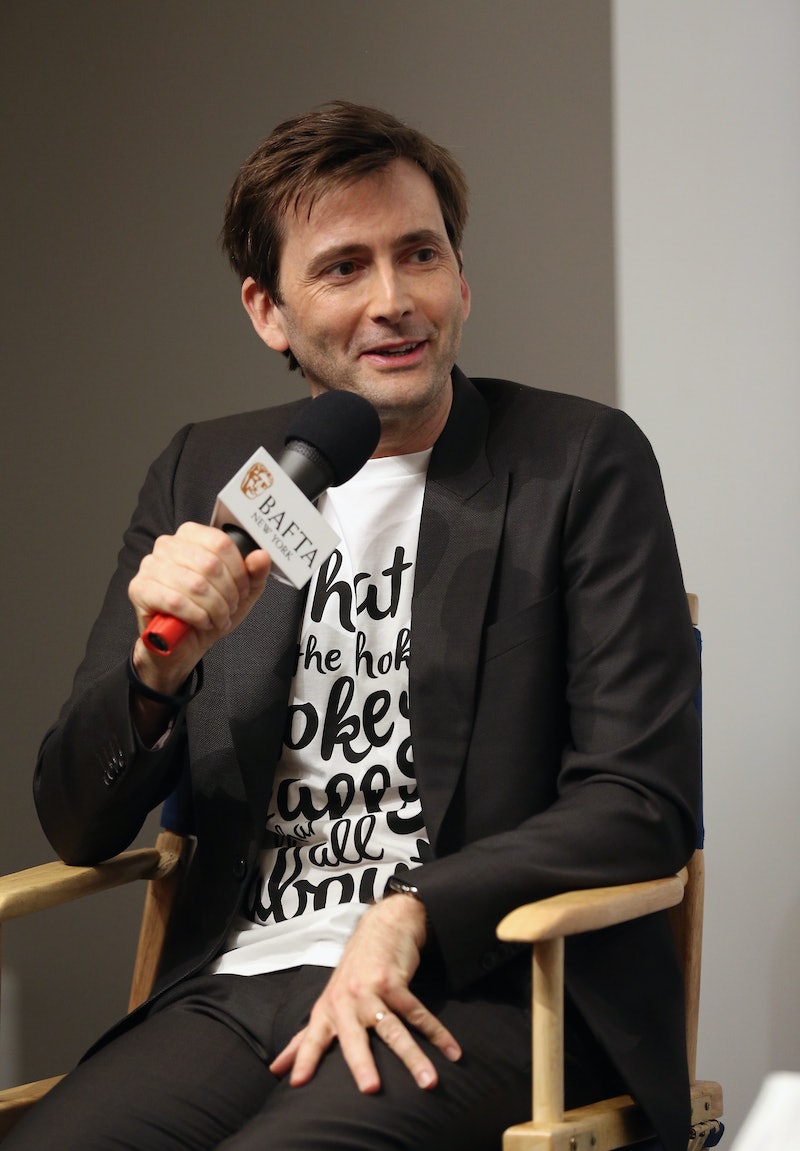 Rumors and conspiracy theories abound regarding who actually wrote Romeo and Juliet and A Midsummer Night's Dream, but David Tennant doesn't care who wrote Shakespeare, so you probably shouldn't either. (It really was Shakespeare, of course, but that's beside the point.) The point is, Shakespeare's body of work is too fantastic for us to all get caught up in arguments about who wrote what and where.

Tennant discussed the Bard in his recent visit with Stephen Colbert on The Late Show. The 45-year-old Scottish actor has more than Doctor Who, Broadchurch, and Jessica Jones under his belt. He has appeared in the Royal Shakespeare Company's productions of As You Like It, Romeo and Juliet, Hamlet, and Richard II, among other plays.

When asked by Colbert "[w]hy ... Shakespeare is so resonant to us today," some 400 years after his death, Tennant replied: "Because he has a way of saying things that has never been bettered. He's got a way of getting to the nub of what it is to be a human being, and he says it better than anyone has done since." Tennant went on to note that Shakespeare invented about 1700 words, which make up roughly 10 percent of the unique words he used in his dramas, comedies, and histories.

Like any good late night show guest, Tennant brought a clip for Colbert and his audience to enjoy. From the BBC's Shakespeare Festival 2016, the brief video captures the moment when a surprise guest arrived to school a cast of former Hamlets — including Tennant, Benedict Cumberbatch, and Dame Judi Dench. You'll have to watch to find out who this mystery performer was, however.