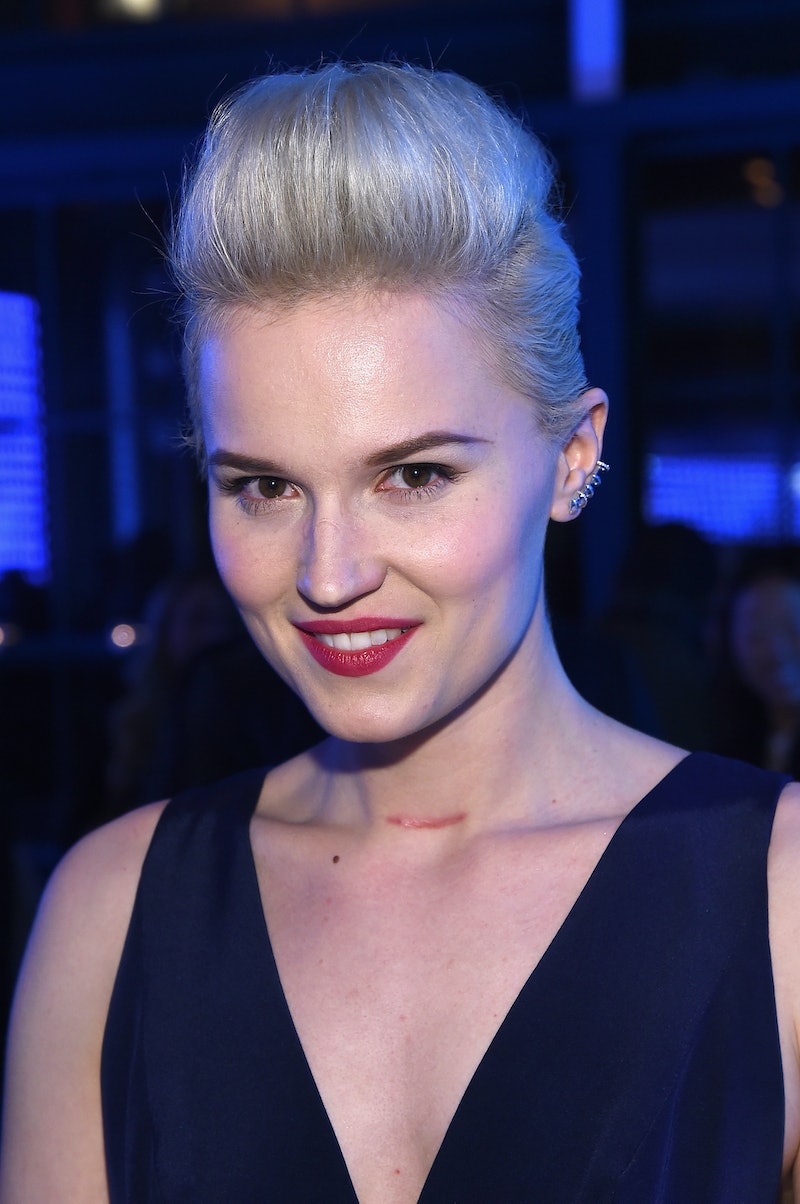 The last time Veronica Roth penned a YA series, it's fair to say it went down rather well: the award-winning Divergent trilogy sold millions of copies and inspired a pretty major film series. So everyone's pretty psyched about what Roth's going to do next, and now we know: Roth's next book will be called Carve the Mark, and we'll be able to get our hands on it from January 17, 2017. As in, less than a year from now. Amazing.

On Thursday, HarperCollins tweeted a title and cover reveal for Roth's upcoming book, which is going to be the first in a new duology "in the vein of Star Wars ." Roth explained that it will be a sci-fi fantasy story "set in a time of extreme political unrest" — and we're already sold. The two main characters are called Akos and Cyra: Akos is a boy kidnapped and brought to an enemy nation ruled by an evil dictator threatening to kill Akos' brother — and Cyra is the dictator's sister. An unlikely friendship, but Roth says it gets "intense."

Roth's new duology was announced more than a year ago, so it's been a long hard wait for Divergent mega-fans — but at last, we've got a taste of what's coming up. Check out this sinister looking cover!

Entertainment Weekly even have an extract of Carve the Mark — and it looks incredible. If you liked the Divergent books, I bet you're going to love what's coming up next.