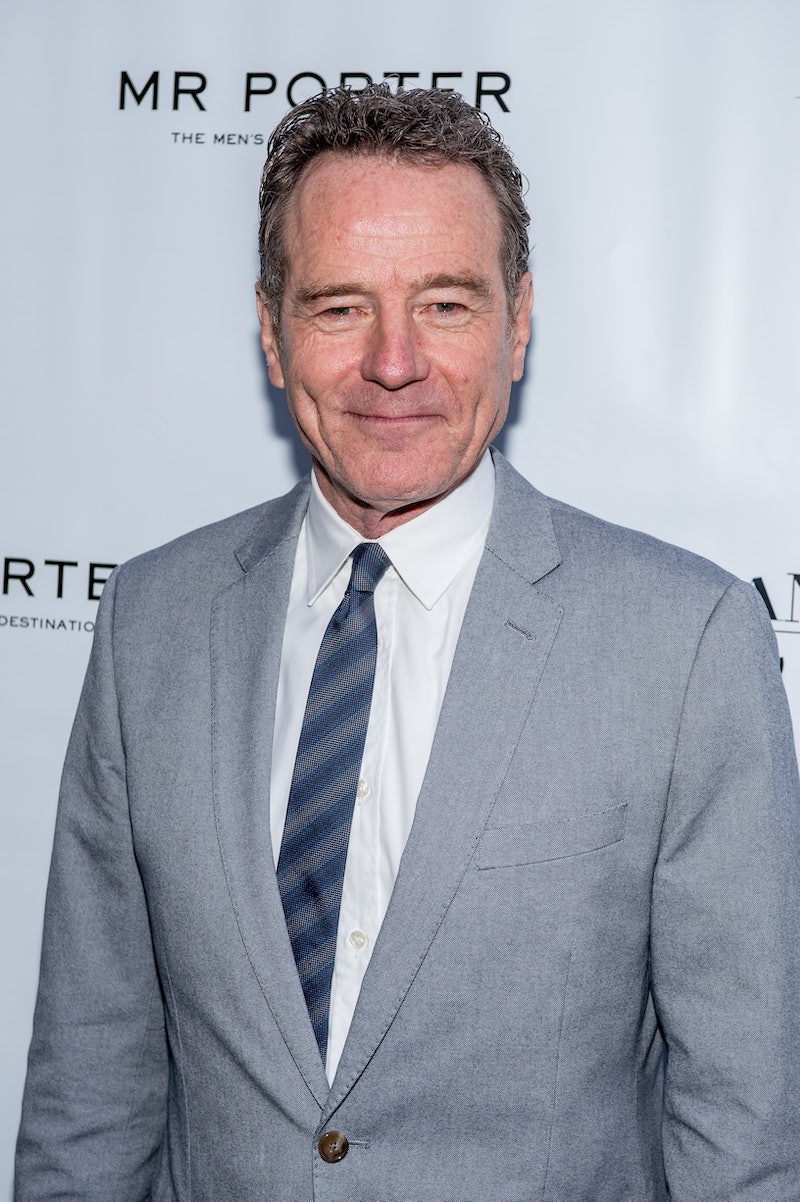 America's favorite cult actor has written a book. Bryan Cranston's memoir, A Life in Parts , will cover his childhood and decades-long acting career. A Life in Parts is due out this October from Scribner.

Cranston kicked off his acting career in the early 1980s, with bit parts on CHiPs and Airwolf. In the late eighties and early nineties, he had recurring roles on Raising Miranda, The Louie Show, and Seinfeld. From 2000 to 2006, Cranston entered homes across the U.S. as dorky dad Hal on Malcolm in the Middle.

Two years after Malcolm's final curtain, Cranston landed the role of Walter White, the drug lord and former chemistry teacher on AMC's Breaking Bad . The series launched him as a leading man on the silver screen. In 2015, Cranston got an Academy Award nod for Trumbo . Later this month, HBO subscribers can catch him as Lyndon Baines Johnson in All the Way, and in July, he'll star as Robert Mazur in The Infiltrator .

Breaking Bad didn't just launch Cranston into superstardom; it also influenced his memoir cover. A Life in Parts features a portrait of Cranston, looking wizened but not unfriendly, on the front. Flip it over, however, and you'll be staring down Heisenberg himself.

Get A Life in Parts from your favorite dealer on October 18.

More like this
30 Books To Read This AAPI Heritage Month
By K.W. Colyard
Selma Blair Wrote Through The Pain
By Samantha Leach
Watch The Emotional Trailer For Dolly Alderton’s 'Everything I Know About Love'
By Bustle UK
This Is How Taylor Swift Feels About Joe Alwyn’s Steamy New Series
By Alyssa Lapid
Get Even More From Bustle — Sign Up For The Newsletter