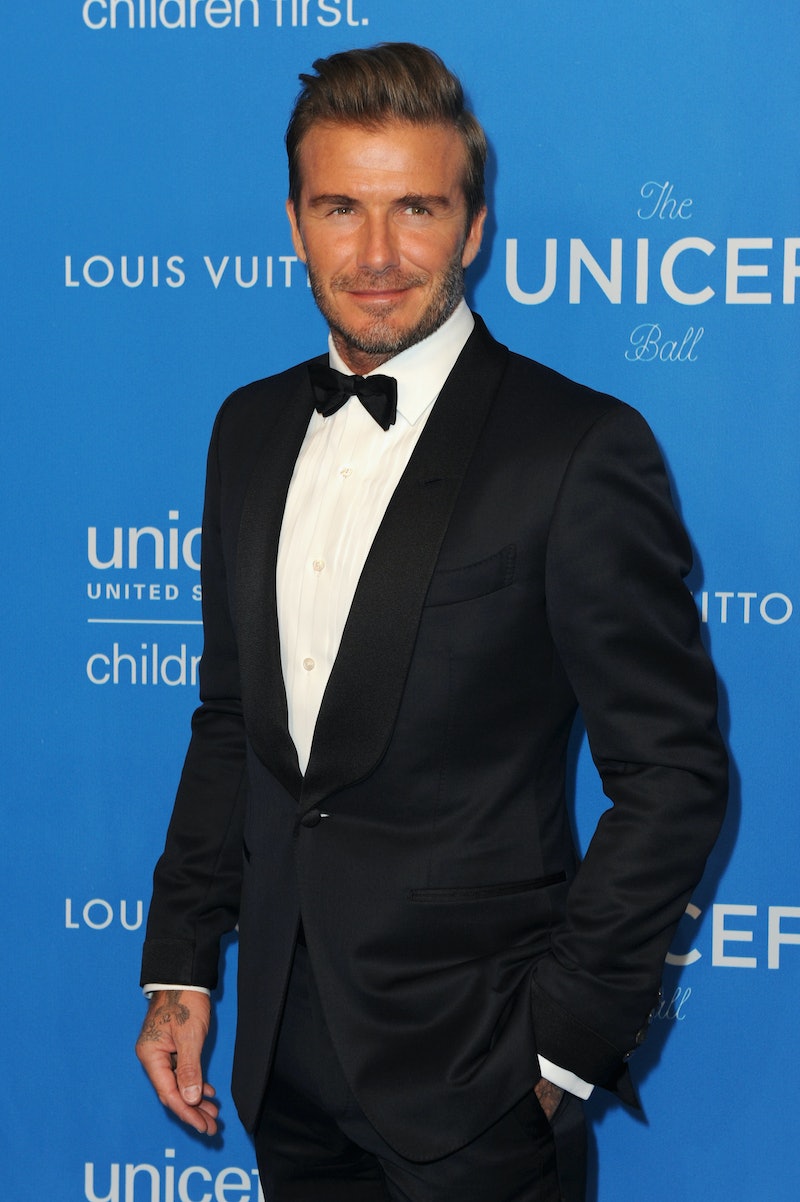 The name David Beckham means so many things to different people, whether it's soccer legend, Mr. Posh Spice, or Sexiest Man Alive. But it looks like Becks is adding another title to his impressive resume: skincare guru. That's right, David Beckham is releasing a skincare line for men in partnership with Biotherm Homme, which is owned by industry giant L'Oreal. Moisturize it like Becks? Oh, it's happening.

“I’ve been thinking about developing a skincare range for a long time and it wasn’t until I started speaking with Biotherm that it all came together,” Beckham said. His skincare line won't be out until 2017, but Becks has already signed on as a spokesperson for Biotherm. In other words, the sports icon is going to take the world of men's beauty products to the next level, which is so much more than just a razor and aftershave, much like he did for his other successful endorsements.

In his newly released Biotherm Homme commercial, Beckham even gave his simple and not-so-secret beauty routine. "When you look after yourself, you feel better, you look better," he said. "I cleanse, I moisturize. I'm in and out in seven minutes. It's not just about how you look, it's how you feel." Watch the clip below.

There's still awhile to go before the launch of his men's skincare products, but here's what we could expect from Beckham's Biotherm line:

As an athlete and icon of his sport, Becks will definitely cater his products towards the active lifestyle market.

Skincare products to battle all the outdoor elements? Check.

Becks loves collaborating with his wife Victoria — who also has her own beauty line for Estée Lauder — so a unisex product line is possible.