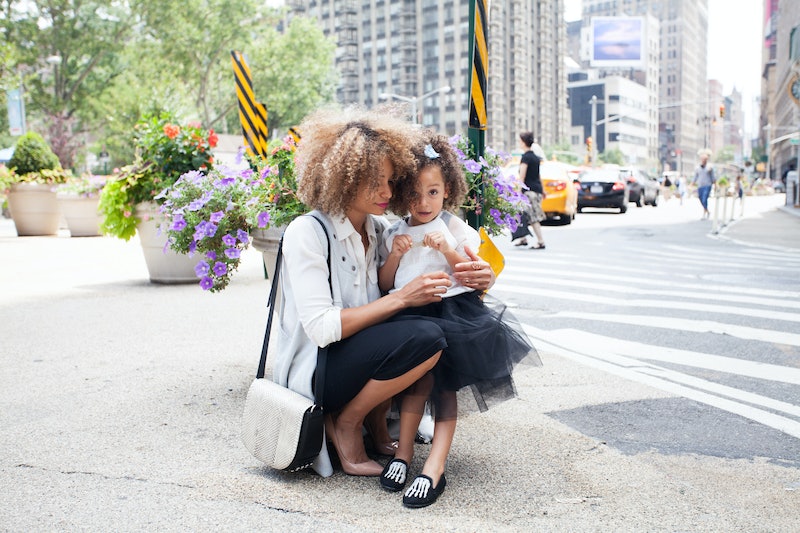 Over the last few years, feminism has become something of a buzzword in the mainstream media, but sometimes, talking about feminism is easier said than done. Although fewer public figures make an effort to distance themselves from the term — in fact, celebrities like Beyoncé, Emma Watson, and Matt McGorry have openly embraced it in the past — many people have skewed notions of what it means to be a feminist: Some still assume that it's about anger, judgment, and misandry rather than the belief that all genders are equal and should be treated as such.

It's easy to assume that more conservative, older generations are responsible for feminism's image problems, but that's not necessarily true. Just last month, research from the Harvard Institute of Politics that young Americans view gender equality and feminism as separate ideas: Most respondents recognized that women are at a disadvantage in our society and said they "support" feminism, but just 27 percent directly identified with the movement. In other words, young people are more inclined to support gender equality when it's not associated with the ever-so-radical concept of feminism... even though feminism is all about gender equality.

As for older people, research indicates that older generations are less likely to hold positive attitudes toward feminism than younger adults, which may be part of an overall tendency for the baby boomer generation to identify as more conservative. However, feminism has faced such issues for decades: As researchers wrote in a 1991 study, "With the notable exception of one key area, feminists and nonfeminists are in remarkable agreement about a variety of issues facing women. ... Where they differed profoundly was on the perception of the feminists." The survey found that just 30 percent of respondents identified as feminists — much like the results of the Harvard Institute of Politics study two decades later.

So, it's not that older people are automatically antifeminist. Some people our parents' age could certainly use some education, while others totally understand the movement and make great partners for feminist rants. In short, you never know what you or your conversation partner could learn when discussing feminism, and talking about it is hugely important for the movement's success: When feminists are seen as a group of radical "others," it's easier to dismiss the movement. On the flip side, speaking out about your own feminism allows people to see that gender equality isn't a radical idea after all.

When it comes to gender equality, every little bit counts. If you're looking to start discussions about feminism, you may want to start with the people closest to you, and that often includes family. Let's take a look at five reasons to talk about feminism with your parents — just maybe pick your setting carefully. Trust me on this one: You don't want to be the cause of the Thanksgiving Incident of 2016.

It's no secret that myths about the fight for gender equality abound; in some circles, feminists are seen as sanctimonious, overly sensitive man-haters determined to overthrow society as we know it and install a matriarchy. Needless to say, that's not what feminism is about, but how are people supposed to know that unless someone tells them? That person could totally be you.

Although common wisdom holds that people become more conservative with age, and it is true that age is often a strong predictor of how someone will vote, that doesn't mean that conservatism can be equated with anti-feminism. After all, your parents are most likely part of the generation that grew up during second-wave feminism; chances are the importance of gender equality made an impression. Even if you've never heard your parents refer to themselves as feminists, they might just prefer to keep their views to themselves — it can't hurt to see what their thoughts are.

It's no secret that it's far easier to dismiss something when you've never come across it in real life. If your parents think feminism is about bra-burning radicals and vocal millennials like Lena Dunham (or murderous lady conquerors like Daenerys up there), they may be less inclined to take it seriously. It's easier to shrug off the ideals of supposed fringe groups than those of someone they know and trust, but the reverse is also true: Knowing that their own child is a feminist might get them thinking more positively about the movement.

Without Discussion, There's No Progress

Like any ideology, feminism would remain stagnant if we only talked to people who agree with us. Even if your parents don't identify as feminists, they've been living in the patriarchy longer than you have — and their experiences might just get you expanding your own definition of the term.

If your parents have radically different politics than yourself, it's easy to write off the possibility of ever having a productive conversation, but while there's no need to create discord out of a sense of feminist duty, but you might end up being pleasantly surprised.

More like this
Playing In Wimbledon Whites While On Your Period “Isn’t Easy," Says Alicia Barnett
By Rachel Mantock
Why You're Seeing Green Bandanas At Abortion Rights Protests
By Lexi Inks
5 Ways To Stand In Solidarity With Women In America From The UK
By Sophie McEvoy
How To Fight For Reproductive Rights, Based On How Much Time You Have
By Courtney Young
Get Even More From Bustle — Sign Up For The Newsletter