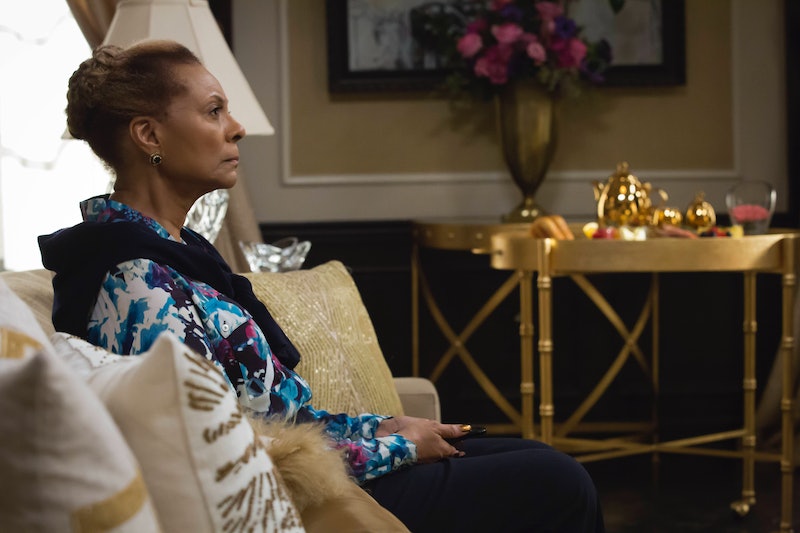 The Lyons should know by now that even the best kept secrets will eventually come out in the open. So it should come as no surprise that Lucious' mother may finally reveal his big secret on Empire and tell all of those waiting reporters that Leah Walker is not as dead as they think. Will the news trump Jamal's potentially fatal gunshot wound? Probably not, or at least it certainly shouldn't. But it will undoubtedly prove to be a heavy blow to Lucious' career when the dust settles, not to mention his legendary street cred. When the public realizes that he's been lying to them this entire time, his fans may turn on him, making him toxic to the Empire business. But then again, that's probably Leah's plan.

You could see it in her eyes throughout the entire episode, especially when watching Lucious' fictional tale get played out on the news. She wants her son to pay for his lies, even though a large portion of the story is still very much true. (Like her attempting to drown him in the bathtub as a kid.) He may have been wrong to lie about her death, but for once, Lucious isn't the only guilty party in this scenario. This is not a nice woman. In fact, I've never been this scared of a grandmother-like figure since Don't Tell Mom the Babysitter's Dead. So it's hard to know who to root for in this situation.

But whether she gets interrupted before being able to say anything or not, odds are the truth will come out at some point this season and it will come with its fair share of consequences. And I doubt Leah's reign of terror will end there. She wants to make her son's life miserable and exposing his lies may just be the tip of the iceberg of what she has in store. In other words, be afraid, Lucious. Be very afraid.