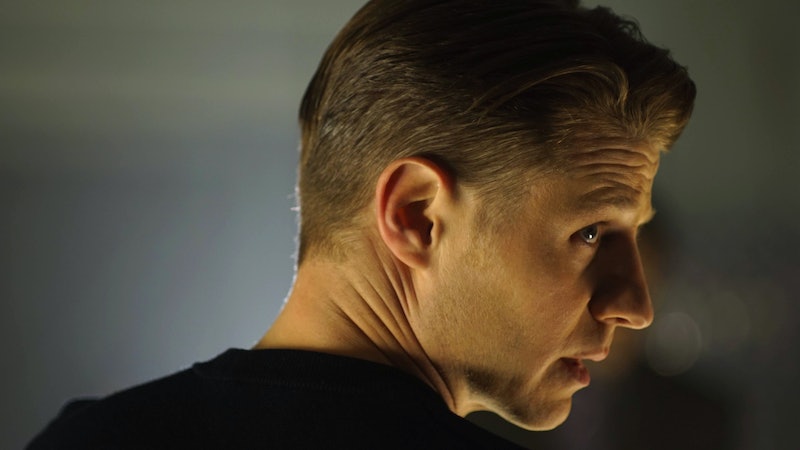 Hugo Strange has pushed the limits of science forward throughout all of Gotham Season 2, but I think he's reached a new level. Not only has he been able to successfully bring people back from the dead, but now, Strange created a Jim Gordon clone who will be entirely under his control. This might not be as complete of a plan as Strange thought, since Jim is no longer working at the GCPD. While it makes total sense that Strange would want to get rid of the real Jim, who's leading the charge against him and hoping to uncover the truth of Indian Hill, why would he want to create his own version of the former detective? Maybe he's hoping to use the clone to weasel information out of Bruce, or to push acting captain Harvey Bullock away from the new Indian Hill facility where everything will be moved.

But I think it's still unclear what Strange is planning to do with almost all of his experiments on Gotham. Azrael was his best attempt at both raising the dead and killing Jim Gordon. But there's also Firefly, Victor Fries, and a few other inmates who don't seem to have a strategic purpose. Instead, Strange seems to be on a major power trip, delighted that he has these superhumans behind bars so he can observe them.

But the most intriguing — and therefore, disappointing — new member of Strange's army is the newly returned Fish Mooney. Fish might still have her memories, but they're a little rusty, because rather than immediately taking control of the situation and escaping the facility, she's hanging back and testing out her new powers, which seem to be transmitted skin-to-skin and allow her to issue commands to people. I wish we'd gotten to see her bust out and go after the people responsible for her death, but instead, she's taking her time. I'm sure that no matter what happens, Fish will figure out how to get her way, but for now, Hugo Strange's plans loom over the remainder of Gotham Season 2.

More like this
Wait, Did Wanda Die In 'Doctor Strange And The Multiverse Of Madness'?
By Arya Roshanian
Elizabeth Olsen Is Better Off Without Us
By Chloe Foussianes
Jamie Lee Curtis Ignites Instagram Feud With Marvel’s 'Doctor Strange' Sequel
By Sam Ramsden
One Powerful Quote In 'Doctor Strange 2' Is Going Viral On Twitter
By Alyssa Lapid
Get Even More From Bustle — Sign Up For The Newsletter