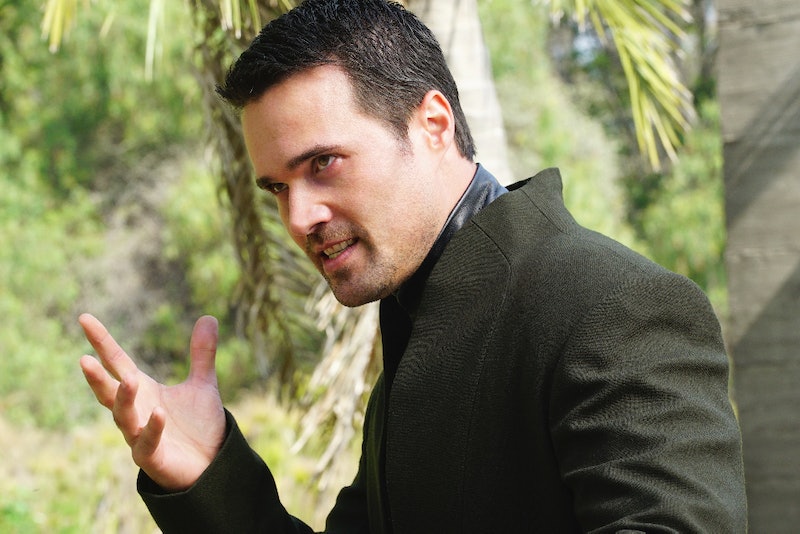 Ding ding, the Hive is dead! At least, I certainly hope that he and Ward are this time. Is Ward really gone on Agents of S.H.I.E.L.D. ? At this point, I wouldn't be surprised if he found a way back to the team.

In the Season 3 finale, a bomb exploded in outer space from inside a quinjet that Hive and Lincoln were riding. That should be enough to kill him, right? I don't know. If anyone could survive that, it would be ol' squid face. Plus, the whole premise of this show is that characters (Coulson) that we thought were dead might not be. So if Hive were to come back, I wouldn't be thrilled, but I would allow it.

Plus, even if Hive is dead — Hive is not Ward. There are other ways that Brett Dalton could stay on Agents of S.H.I.E.L.D. if they really wanted. In the tag, we saw Dr. Radcliffe working on Life Model Decoys. Someone could make a robot Ward. He could have been cloned. There are plenty of possibilities.

Grant Ward has gone through so many changes on this show. First he was a surly member of the team but secretly an undercover Hydra agent. Then he embraced his villainous Hydra side. Then he died and was taken over by Hive. Personally, I think it's time to give Ward the goodbye that he deserves. However, I can't help but wonder if something might be next for him after all.