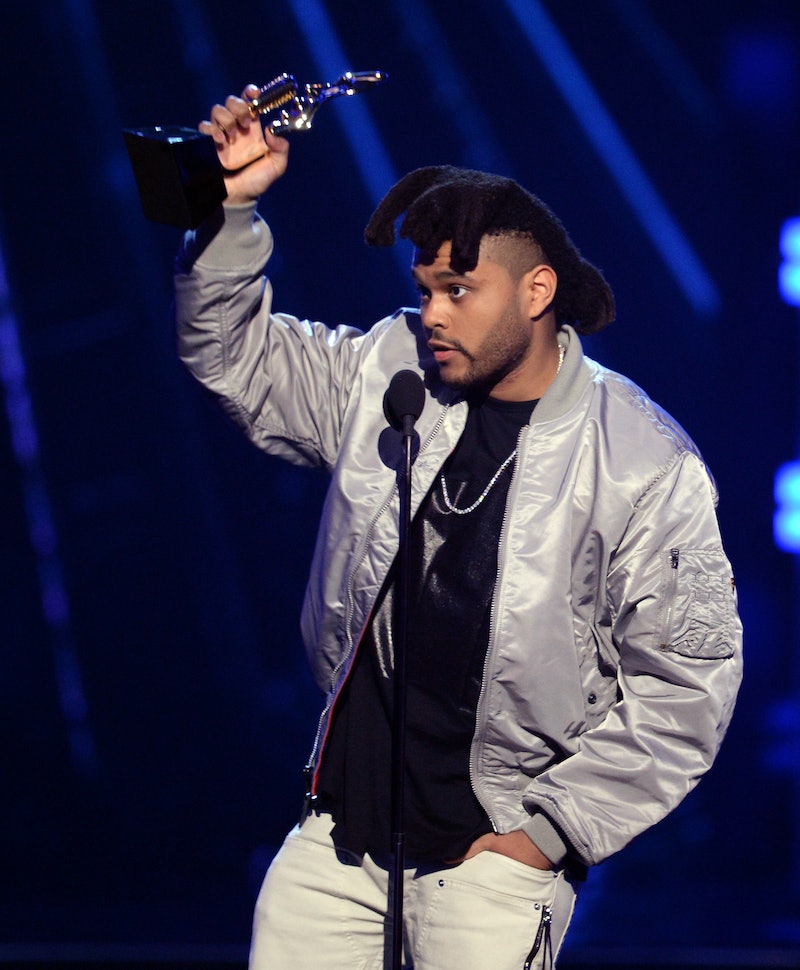 The Billboard Music Awards may typically be a show filled with lighthearted, fun-filled events, but the 2016 show was full of somber moments, too. When The Weeknd won the award for Top Hot 100 Artist, for instance, he didn't thank his fans and give a shout-out to his supermodel girlfriend, Bella Hadid; instead, he took the time to pay tribute to an artist he loved. The Weeknd honored Prince, who died suddenly on April 21, with a beautiful speech, and viewers watching from home and in the audience could easily see how much the late star meant to the "Earned It" singer.

Accepting his award, which he beat out Justin Bieber, Taylor Swift, Drake, and Fetty Wap to get, The Weeknd emotionally thanked Prince for inspiring him. "I wanna dedicate this award to the late great Prince, rest in peace," said the singer. "I was told not long ago that his last TV appearance, he had given me an award, and that was like, the greatest experience of my entire life."

The Weeknd was referring to the American Music Awards in November 2015, during which Prince presented the award for Favorite Soul/R&B Album to the Beauty Behind the Madness singer. Accepting his award, The Weeknd said, "Make some noise for Prince, ladies and gentlemen," and looked touched to be given the honor by the iconic singer.

At the Billboard Awards, The Weeknd ended his Prince tribute by saying, "I loved him so much. I didn't know him, but he was very close to me and he will always be an inspiration, and of course help me push the envelope forever and every artist, I hope. Rest in peace, Prince I love you."

What a moving tribute by an artist clearly touched by Prince's incredible legacy.