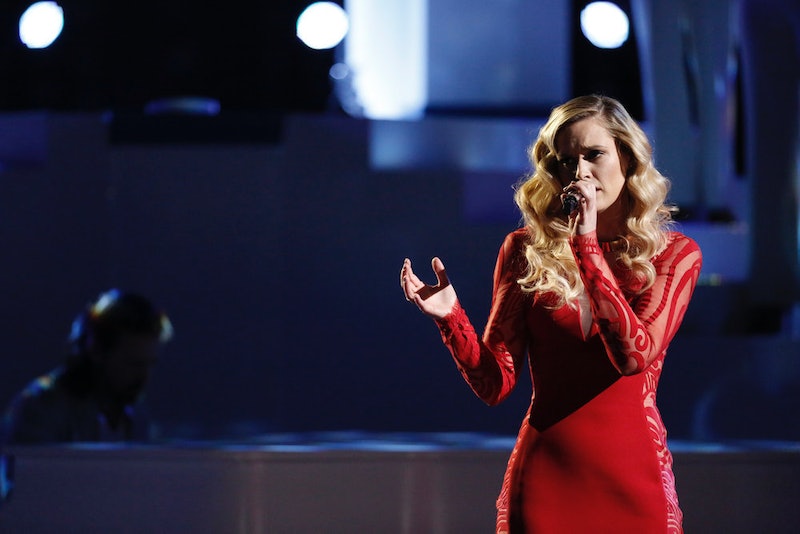 Hannah Huston is calling the shots...and we're listening. The Voice favorite debuted her original song on Part 1 of the Season 10 Finale and it was nothing short of amazing. "I Call The Shots" is a gritty pop/rock medley that was made for Huston—literally. It showcases everything about her that America has fallen in love with—her power, personality, grit, and, of course, her voice. Huston's performance tonight was the performance of a winner, which is exactly what she'll be tomorrow night.

Huston has been a frontrunner since the beginning. She made waves as the preschool teacher powerhouse who landed a coveted spot on Team Pharrell. She has flourished ever since and has really come into herself as an artist. Her artistry finally had a chance to come out tonight—and I'm so glad it did. "I Call The Shots" is Huston's declaration to herself and to the world that she's taking control of her career and letting herself be a little selfish for once. It's strong, confident, smart, and guaranteed to be a hit. It reminded me a lot of Christina Aguilera's music, which is a crazy compliment. And Christina Aguilera herself rewarded Huston with a standing ovation—if that's not a sign that Huston is amazing, then I don't know what is.

I'll be honest, Huston has been my pick since the beginning and it looks like she could go all the way. With Pharrell on her side, there's literally nothing she can't do. Huston is positioned to be a superstar—and winning The Voice is just the first step. If she continues to deliver showstopping performances and killer songs like "I Call The Shots," Huston will be the next big thing. Until then, you'll find me jamming out to "I Call The Shots" on replay, because it's really that good.