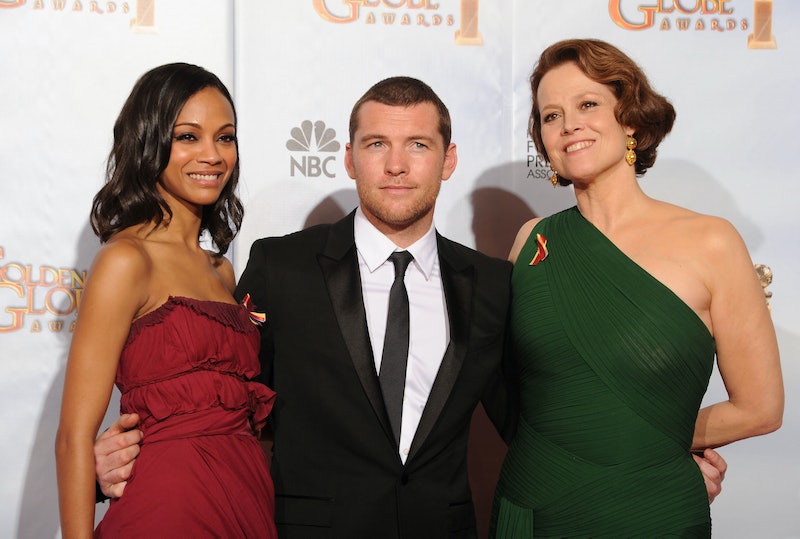 Well, this is a big bummer. On Sunday, Avatar star Sam Worthington was arrested for assaulting a photographer in New York City's Greenwich Village. The incident happened at 5:30 p.m. outside Benny's Burritos restaurant, when paparazzo Sheng Li kicked Worthington's girlfriend, Lara Bingle, in the shin. Whatever spurred Li's kick isn't known, but Worthington didn't take it lightly. The Australian actor jumped to his girlfriend's defense and punched Li in the face, which made the photographer start to bleed, Radar Online reports.

Worthington was then arrested and released on bail, but will appear in court at a later date.

Worthington and Bingle were also bloody after the incident and were seen showing their injuries to law enforcement by the manager of Benny's, E! News reports.

Li was arrested as well and was charged with assault, reckless endangerment and harassment. He is reportedly still in custody.

It's lucky that nobody was seriously harmed in the incident, since violence is never the answer. Even though Worthington may have been defending his girlfriend, this is just another scuffle in the longtime battle between celebrities and paparazzi assaulting each other in public, often turning things into a heavy he said/she said lawsuit battle. Except when it's a scuffle involving Alec Baldwin, he usually does most of the talking.

This situation marks Worthington's second arrest, since he was handcuffed for disorderly conduct in 2012 in Atlanta, when he got into a fight with a restaurant doorman.

More like this
5 Striking Parallels Between Princess Diana & Prince Harry’s TV Interviews
By Catharina Cheung
Jennifer Coolidge Hunted For Jewels & Lashes In J.Lo’s Hotel Room
By Jake Viswanath
Keke Palmer Shares The Sex Of Her & Darius Jackson's Baby
By Jake Viswanath
At 28, Rosie Perez Risked Her Career To Stop Playing Stereotypes
By Gabrielle Bondi
Get Even More From Bustle — Sign Up For The Newsletter
From hair trends to relationship advice, our daily newsletter has everything you need to sound like a person who’s on TikTok, even if you aren’t.