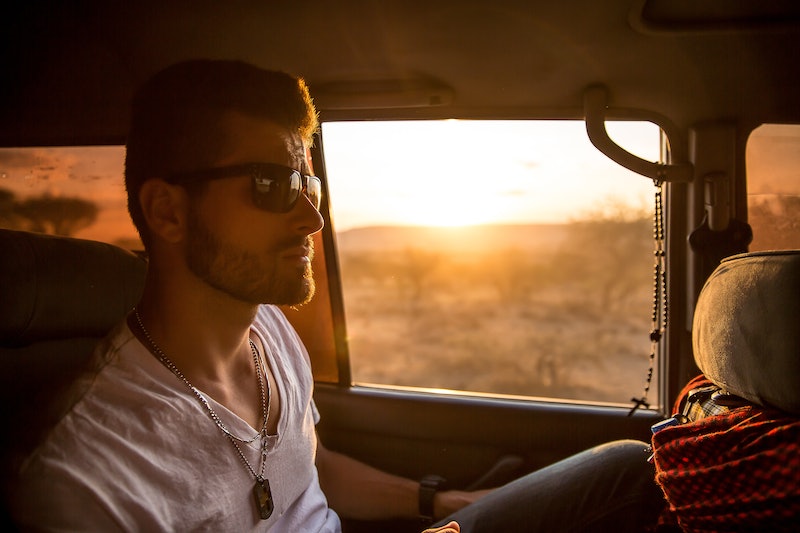 We've all seen those deodorant commercials where a so-called average guy suddenly turns irresistible after putting on a certain body spray or scent. But while those ads may exaggerate the product's effect, it turns out they're not completely off base. According to a new study, the "Axe effect" — in which a man appears more masculine by putting on deodorant — actually exists in real life.

The study, published in the journal Evolution and Human Behavior and conducted by researchers from Britain’s University of Stirling, asked 130 men and women to rate "facial masculinity" by looking at photographs. Another 239 men and women then rated the "odor masculinity" for 40 people of the opposite sex. Their conclusion: men who are generally thought of as less masculine-looking are actually perceived to be more masculine by women when wearing a fresh layer of fragrant deodorant.

But there's a catch: the deodorant's masculinity-boosting effect only worked on guys who were initially thought to have lower facial masculinity. Those who were considered to have higher facial masculinity from the get-go showed no perceived increase in their masculinity after deodorant application. By the way, the study doesn't actually specify what elements go into identifying "facial masculinity," so I can only guess it means some combination of facial hair and a strongly defined jawline. Who knows though?

More importantly, the research seems to confirm that women are, in some way, more sensitive or attentive to odor cues than men. Case in point? All women were found to be more feminine-smelling by men when wearing deodorant, regardless of their initial appearance.

In the end, it all just goes to show what most of us already knew anyway: a little deodorant can go a long way.