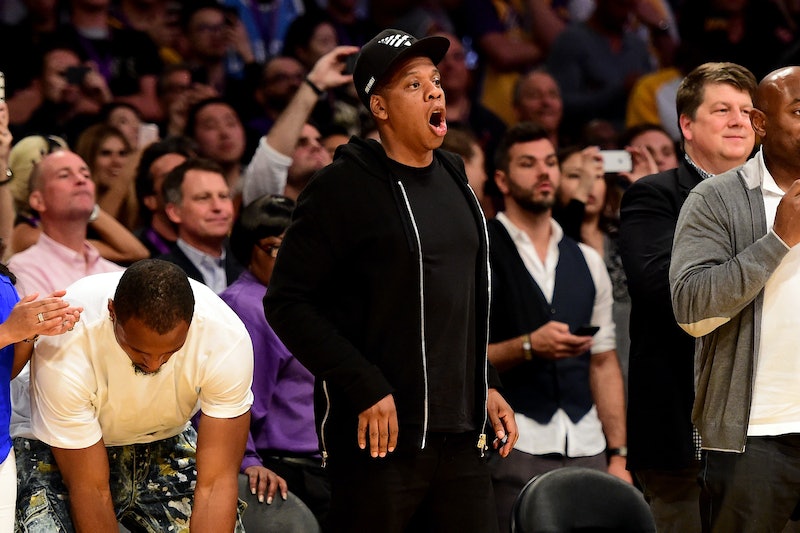 It's no secret that 2016 has been a whirlwind of a year for music power couple Beyonce and Jay Z. After bearing the brunt of the rumor mill since that infamous elevator incident back in 2014, Queen B put her marriage on full display with the recent release of Lemonade, which many speculated was actually about her relationship with Jay Z. But after watching Jay Z's reaction to Beyonce's CFDA Fashion Icon award win, the couple couldn't seem father away from splitsville.

Unless you're on some sort of social media cleanse, you probably know that Beyonce was chosen to receive the Fashion Icon award at the 2016 Council of Fashion Designers of America Awards in NYC on Monday night, a highly prestigious honor, I might add. The 34-year-old had a full-on entourage to support her on her big night, including her mother Tina Knowles, her daughter Blue Ivy, and her husband Jay Z. As their first public appearance together after the release of Lemonade and the subsequent media frenzy that ensued, it was wonderful to see the hip-hop mogul be there for his wife on her special night.

If his presence alone wasn't enough to seal the deal, cameras zoomed in on Jay Z's face in the audience while Beyonce was giving her moving acceptance speech, and it pretty much said it all. His expression and sweet subtle smile clearly showed he was so proud, it was like he was in complete awe of his lady — there was nothing but the utmost love there.

It's almost too adorable to handle.

Check out the full speech below for even more supportive reactions from Bey's family.