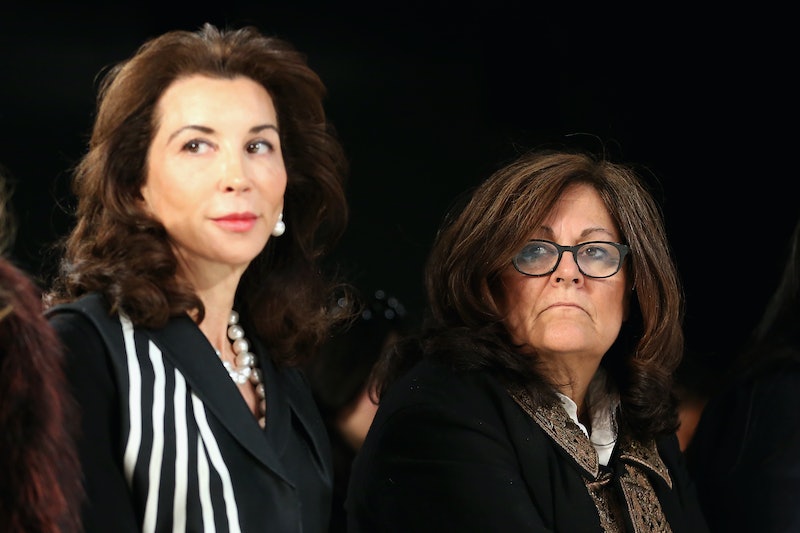 It may be hard to imagine a time before the couture- and drama-filled world of New York Fashion Week didn't exist, but the event as we know it is barely 20 years old. Industry icon Fern Mallis, who has worked as the Executive Director of the Council of Fashion Designers of America and an "ambassador" at IMG, is credited for having started the mad spectacle of NYFW in 1993. (Runway shows in New York have been going on since 1993; designers needed a way to copyright their work, so shows served as a way to show the public that they'd created their own designs.)

Is the grandma of NYFW still happy with her rambunctious progeny? Not entirely. She told The Fashion Spot that if she could change one thing about NYFW, it would be the location. No alternatives were given, but since Lincoln Center has been bleeding designers, looks like Mallis isn't the only one displeased with Fashion Week's locale. Another clue: in 2010, just before NYFW moved from Bryant Park to Lincoln Center, Mallis stepped down from her position at IMG — which oversees NYFW.

Mallis also told the Houston Chronicle that one of her favorite moments from the fall 2014 shows was the Prabal Gurung streaker, an event that everyone else in the industry rolled their eyes at. "Basically, fashion week is not funny," Mallis said. "The industry takes itself way too seriously."

The biggest difference between those original '93 shows and today's fashion-week "circus" is, of course, technology. Today, says Mallis, "fashion shows are considered content" to be shared on the Internet. (She's not the first to be irritated at fashion week's emphasis on live-blogging.) And then there's the question of money money money; at one point, Mallis told the New York Times that she left IMG because she was "there to help the fashion community, and they were there to make a dollar."

Looks like grandchildren never grow up quite as perfect as one would hope.