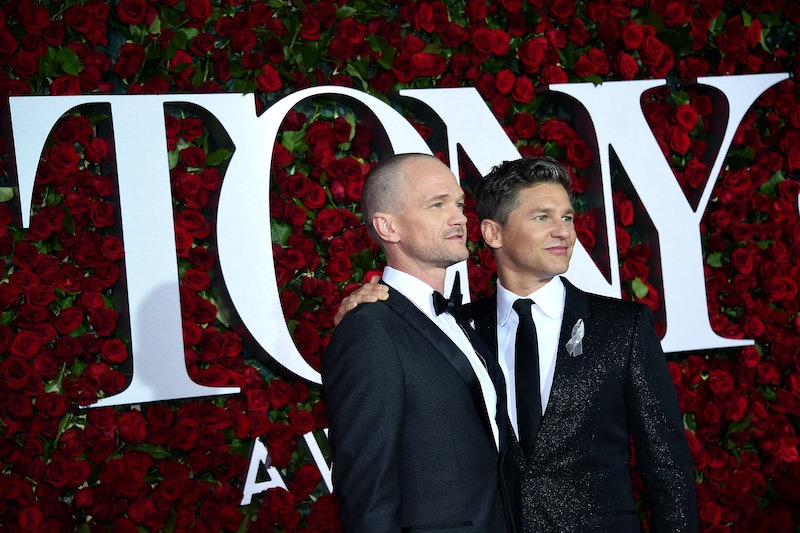 While it wasn't exactly a night of surprises (Hamilton, as expect, won everything), Neil Patrick Harris' shaved head did make us all do a double take at the 2016 Tony Awards. Harris has been pretty well known for having a perpetually flawless coif, so this baldy 'do certainly had fans asking one question: Why?! It turns out, the reason is pretty on theme for Sunday night's ceremony.

If you haven't heard, NPH is starring as Count Olaf in Netflix's version of A Series Of Unfortunate Events. According to Page Six, the show is currently in the middle of filming — which probably explains Harris' shaved style. After all, Count Olaf has some pretty wild hair, so Harris is likely wearing a wig on the daily for the role. Why both layering hair on top of more hair, especially for a summertime shoot? Going completely bald makes much more sense.

Of course, even with a buzzcut, the star still looked hella dapper alongside his husband David Burtka on the red carpet. Harris wore a classic, black tux, while Burtka opted for a sparkling suit. But nothing could distract fans from that glistening, bald head. Ready to take a peek?

Yeah, it's pretty incredible. And, naturally, fans are having a minor freakout on Twitter.