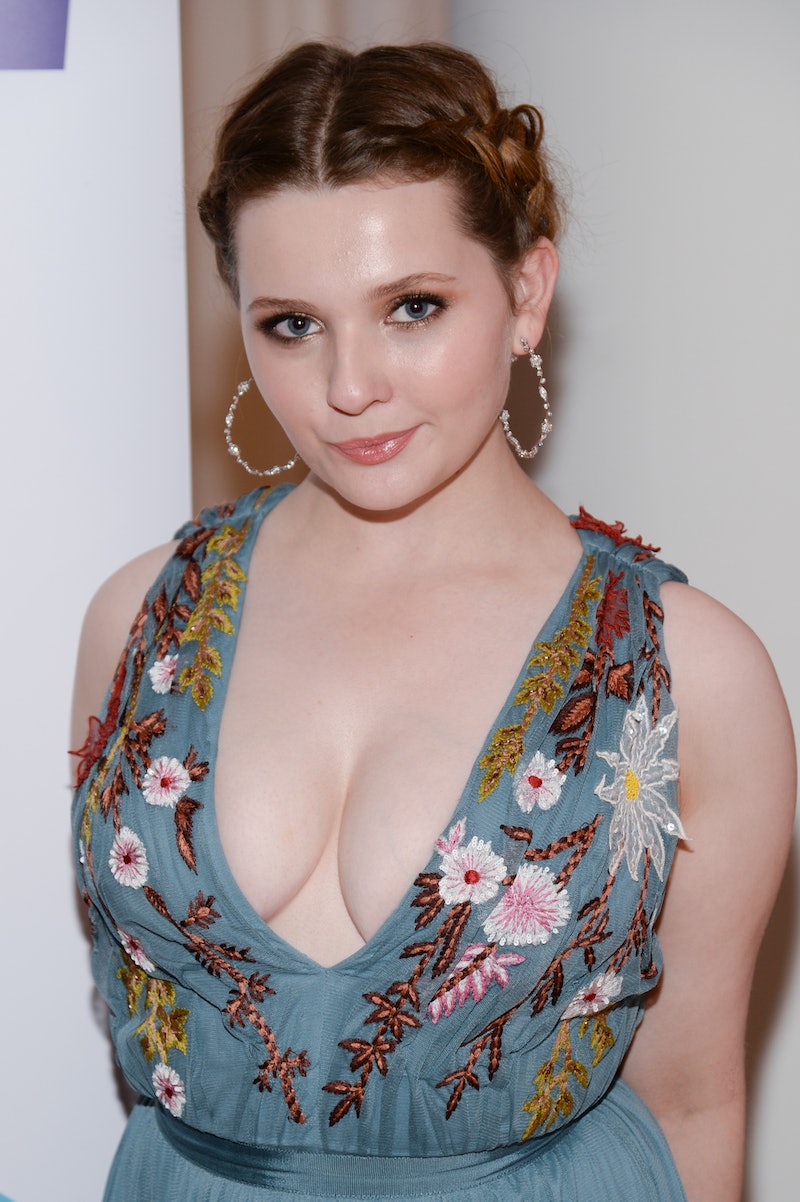 This 20-year-old is fully committed to her new role, down to the ink. Abigail Breslin got a Dirty Dancing -inspired tattoo, and it got a whole lot of personality to it. What does the new tattoo mean? Well, the quote might be iconic, but that's not the only reason that it's meaningful to the star.

This isn't the star's first tattoo, but it might just be the most meaningful so far. Breslin posted a photo of the ink to Instagram and it's of the iconic Dirty Dancing quote, "no one puts baby in the corner." It's hard to tell where her new body art is, but it looks like it could be on the inside of her arm. "I carried a watermelon and all I got was this tattoo," her caption reads, along with #DirtyDancINKED.

Before you start thinking that this is just another cliché, it's actually much more meaningful than your average quote ink. Breslin is starring in the remake of Dirty Dancing, so odds are this represents a lot more than just her love for the movie. It looks like the quote as written in a someone's handwriting too. There's a possibility that it's her own, but it could also be from someone else on her cast.

Breslin is no stranger to the world of ink. She has tattoos on her fingers, wrist, and her upper back. I love the idea that she's commemorating her latest role with her new ink though.

The new tattoo might be one of the most iconic quotes of all time, but her other ink is completely unique. She has a planet and stars on her wrist, and a moon and a star on her fingers. I guess she decided to branch out from the stellar theme with her latest design.

I'm willing to bet that this isn't the last tattoo for the star!